Warren Ledford, a former long-time member of the Selma Police Department, died Tuesday. He was 97.

Ledford worked in the police department for more than 20 years, and while many of those who worked with Ledford on the force are no longer with the department, current Lt. John Brock said he remembered Ledford for being a “great officer.” 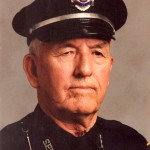 “He was a good officer, I mean a great officer,” Brock, who worked with Ledford while working at the department part-time in high school, said. “He cared about the police department. He worked all the time.”

Brock also remembered Ledford’s ability to find suspects, mainly because of his connections throughout the community.

“He would call them and tell them to come up here and turn themselves in,” Brock said. “That’s just what he did. He was one of these guys that if you were looking for somebody, you always went to him. He knew them. He knew the family members or knew something about them that you could track them down.”

Brock said there was no one better when it came to knowing those in the community her served.

“You could say anything about somebody, even some off-the-wall name, and he would know them or their family members or somebody that knew of them,” he said. “He was just that kind of person in town.”

Ledford was buried Friday. Ledford is survived by his wife of 54 years, Velma, his sons, daughter and grandchildren.