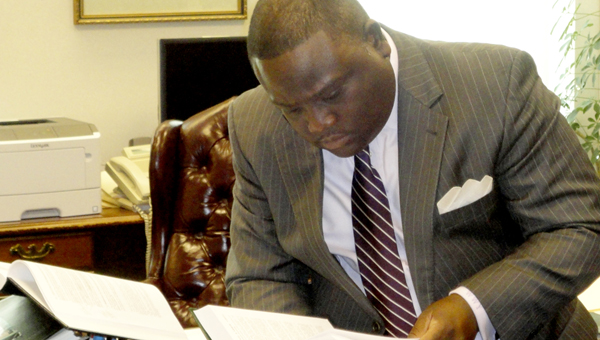 While the occupations Warren Young has held throughout his lifetime have often changed, his objective to better his community through those careers has not.

Often referred to as Billy, the Selma native developed a strong interest in numbers living in a household with a father who taught math in and around Selma for more than 52 years. Young said he couldn’t be prouder that his childhood passion has led him to a high-level position at the Alabama Department of Revenue as the state assistant attorney and assistant general counsel.

“I represent the public, and I get a chance to lookout for the public’s interest,” Young said. “A lot of people don’t know the good things that taxes do. In properly collecting them, it helps us all, so I feel it’s a public service.”

Young graduated from the University of Alabama in 1998 with a Bachelor’s degree in secondary education with a concentration in comprehensive social sciences.

From 1998 to 2000, Young served as the teacher of the gifted and talented for the Selma City Schools district before graduating from the University of Alabama School of Law in 2003.

Admitted to practice in the U. S. district court for the middle and northern district of Alabama, Young has an office in Selma, but his love for Selma keeps him glued to the hometown where his best life memories took place.

“I had a wonderful upbringing here,” Young said. “I feel like the people here have always been extremely kind to me and to my family.”

When there is a chance to handle a court case in Selma, Young is always elated to get involved.

“The people here have never failed me. If they knew I needed some help, they didn’t even ask. They just did it,” Young said. “I haven’t found that love anywhere else.”

“To come back and to do something good for my community is important to me, and I’m glad that I have that opportunity,” Young said.