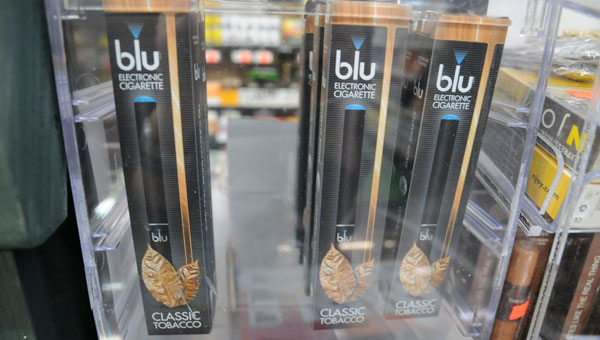 For some, electronic cigarettes have become the healthier alternative to traditional tobacco products, but Niko Phillips, with the Dallas County Smoke-free Coalition, said those assumptions may not be entirely true.

Electronic cigarettes use an atomizer that is activated upon a user’s inhalation to heat nicotine liquid stored within a cartridge attached to the device delivering a dosage of nicotine through vapor. The nicotine liquid often contains chemicals such as propylene glycol, an ingredient found in de-icing liquids.

“Poisonings have resulted among users and non-users due to ingestion of nicotine liquid, absorption through the skin and inhalation,” Phillips said.

Because a user can control the amount of nicotine being inhaled, e-cigarettes have often been marketed as cessation devices for people looking to quit smoking. However, Phillips said there was no evidence to support the practice of using the devices as a means to quit or lessen the use of traditional cigarettes.

“There are no conclusive scientific evidence that e-cigarettes promote successful long-term quitting,” Phillips said. “However, there are proven cessation strategies and treatments, including counseling and FDA approved cessation medications. Based on the findings in recent Surgeon General Reports, cutting back the number of cigarettes smoked is only likely to be beneficial if it leads to users switching away from all combusted tobacco use.”

Phillips said electronic cigarettes were currently unregulated by the Food and Drug Administration availability and use of the product varied widely.

Peggy Barnes, a cashier at Selma Curb Market, said there does not appear to be a large market for the devices in Selma.

“We keep them for convenience,” Barnes said. “We can order a dozen of them, and they may sit for three or four months before one or two of them are bought.”

“Cigarette smoking remains the leading preventable cause of disease, disability and death in the US, responsible for an estimated 4,443,000 deaths each year,” Phillips said. “The best thing smokers can do is to quit completely.”

Summer at the library off to a popular start

Huge crowds have been an everyday occurrence during the first month of the Selma-Dallas County Public Library’s annual Sensational Selma... read more