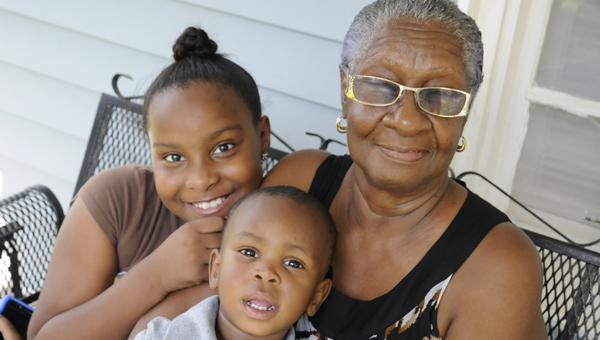 For one Selma native, a lifelong mission to help children led to more than a decade of joyful years fostering numerous area youth.

Selma resident Doris Jackson has dedicated the last 14 years of her life to parenting children in the Alabama Department of Human Resources in Dallas County foster care system, and she wouldn’t have it any other way. As a mother of five, Jackson said she understands the importance of having parental figures guide people through life.

“I’m so in to the kids and their needs,” Jackson said. “That was one way that I can do something to help someone.”

DHR encourages Selma native Jackson to coach the children through any life issues they encounter. Jackson smiled as she spoke about how often she receives calls from fosters teens seeking support.

Jackson said she approached her occupation in the foster care system with no hesitation, because she knew she could develop a great relationship with the children as long as she approached them with affection.

“They have different personalities, so you have to be to deal with their personalities but reach out with love,” Jackson said.

Individuals she once fostered who were released from the system call her for advice. Although her occupation does not require she continue to provide for them, she still provides emotional support to those in need.

Just like any mother struggling with her child leaving home, Jackson has had to overcome the pain of watching those she helped raise at DHR leave the foster care system.

“In the beginning, it was really tough on me, but I had to pray to love them, give them something and let them go,” Jackson said.

Over the years, Jackson has grown a strong bond with her foster children to the point that it feels as if they are her birth children.

“It feels great that I can have something to offer them, to inspire them and encourage to keep on doing positive things,” Jackson said.

Actor David Oyelowo, center, who is playing Martin Luther King, Jr. in the movie ‘Selma’, walks through a crowd of... read more