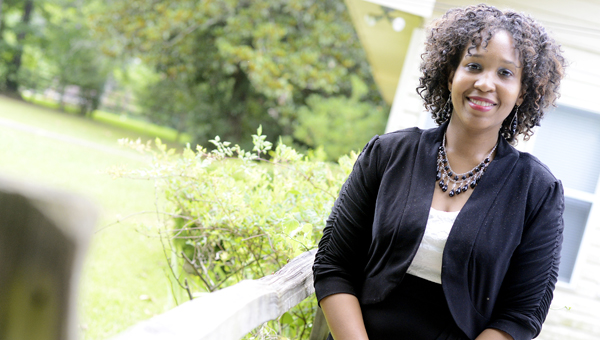 The slow food movement will soon have one Selma resident on the fast track to Turin, Italy.

Jerria Martin has been selected to attend the Terra Madre conference, which focuses on promoting the diversity of food and small-scale farming techniques found all around the world.

Martin, coordinator for the non-profit 21st Century Youth Leadership Movement in Selma, said she is looking forward to attending the conference, which takes place Oct. 23 through 27 in Turin, to learn more about the slow food movement and small scale farming.

”I was just humbled and honored, because I have had a garden at home, but I’m by no means an expert,” Martin said. “But, this is a field that always interested me.”

This year, 240 people from around the world have been invited to attend the conference and talk about the role of community gardens and small farms in their communities, both currently and in the future.

Jovan Sage, director of network engagement for Slow Food USA , said his organization nominated Martin because of the positive chage she is trying to make in Selma through the 21st Century Youth Movement.

“Not only does this mean that Slow Food leaders admire the incredible work that Jerria is doing, it also means that we believe Jerria is an important voice in representing the diverse U.S. food movement to the international community,” Sage said.

Martin said she plans to highlight the potential for community gardens to help alleviate the issue of malnutrition in the Black Belt region.

“After studying Alabama, and the Black Belt, and how it got its name — from the layer of topsoil and how perfect it is for planting and forests — and then comparing that to the extreme poverty that can be found throughout the Black Belt,” Martin said. “I decided to connect the two; the rich soil and widespread poverty. I thought, “Why can’t we take this resources to help the poorest areas of our community?”

Martin said the presentations by the other attendees are sure to be the highlight for her.

“I will also get to hear from 250 other speakers and how they do safe food. I think it will be powerful to hear their stories, but also to share Alabama in Turin, Italy,”

After returning from the conference, Martin said she plans to share lessons she learns there with as many members of the Selma community as will listen. She said she plans to start spreading the word during a 21st Century Youth Leadership Movement conference in December.

Martin said the more people start taking part in community gardens in Selma, the more successful the movement can be.

“It’s all about taking what we have to help each other out,” Martin said. “The only way to do real work is to do it together as a community. You need a community to make it work.”