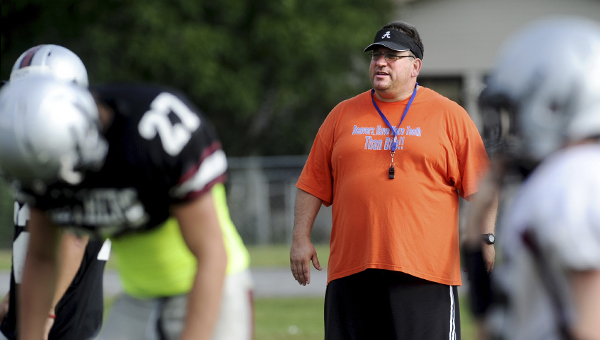 “Every year or every two years, we were looking for a new coach and they continued to leave and we didn’t ever get that stability we needed,” Willingham said. “You look around at the programs who do well, college or high school, and it’s usually those coaches who have been with the program for a couple of years and have established the program itself instead of just having one year hit or miss.”

Smith, who will start coaching practice officially in mid-July, is no stranger to Dallas County’s athletic program, though. He helped out behind the scenes with Dallas County’s basketball team during their last season.

“He was the guy who Coach Moore called and said ‘hey, show me what it takes to get over the hump,’” said Michael Blair, the principal for Dallas County High School. “His organizational skills and his knowledge of the game are probably second to none. He’s a very, very positive, upbeat guy who knows everybody.”

Smith was previously a coach at Southside-Gadsden, but Blair said that he was excited to see what Smith can do for the Hornets as an official member of the staff.

“We’re really excited about the future,” Blair said. “We’re excited about where we’re headed. We needed stability, and I think Marty is the guy who can bring that.”

Blair said that the Hornets were hoping he could bring the missing piece of cohesiveness to the team, but that the community must first give the new head coach a chance.

“We as a community, we as an administrative staff, we as a family of Dallas County High School, we’re going to have to give him an opportunity. I would love for us to go 10-0, but we have to say that we’re going to take one day and one game at a time and that we want to see improvement every day. If we can see improvement from Monday to Friday, and then the next week, see improvement then at some point in time, we can become contenders.”

Dallas County went 2-8 last season, but Smith said he had high hopes for this next football season.

“It’s been in the palm of our hands, now all we have to do is close the fingers,” Smith said. “If we can do that as a community then we’re going to be very successful. They’ve had so much turn around and so much change that they need to have stability and a familiar face, and luckily right now Dallas County needed me and I needed Dallas County.”

Smith, who will likely also teach physical education for Dallas County, said the opportunity to coach for them was one he just had to take.

“I love coaching, and I love being around the kids,” Smith said. “Having the opportunity to get back into it, and be a head coach, was just something I could not pass up.”