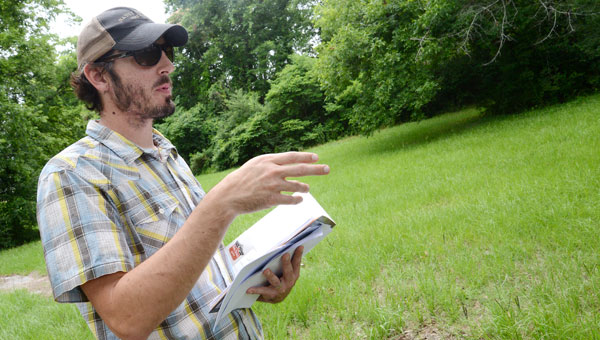 An abandoned two-and-a-half acre piece of Selma could see new life as a community garden if one local non-profit has its way.

The Blackbelt Benefit Group has an agreement to begin leasing a piece of property near the intersection of Jackson Street and Morgan Avenue in the near future, with the intention of developing what will be known as the Mill Village Community Garden and Food Park.

“We want to have some fruit trees and perennials, and make it have the feel of a park. But we also want it to be able to be available for educational purposes at the same time,” BBG member Clay Carmichael said. “We want to educate people here, supply food for the needy, and supply jobs.”

Property owner Robert Klinner said he was impressed with the group’s idea when BBG members first approached him about leasing the property earlier this year.

“With a garden like this, you aren’t trying to feed all of Selma, but doing something like this can spark ideas in others,” Klinner said. “Selma needs more people like these guys and more projects like this one.”

“For us, as an organization, this project is huge,” Bowline said. “Our whole mission is to bring together different elements of Selma, and this garden will be a statement in and of itself about how much Selma has to offer.”

Carmichael said the project would be started by the Blackbelt Benefit Group, but would be run by another non-profit the group is starting, named Grow Selma.

A fundraiser for the project — featuring a meal of locally grow food, live music, and presentations on community gardens — will be held Sunday, August 31 at Selma’s historic Walton Theater.

Klinner said he got a feeling for the Blackbelt Benefit Group leaders and the garden itself during meetings discussing the project.

“It will require more work than anything else, but the people I’ve spoken with who are working on this project are young, energetic and very community-minded. That’s what it’s going to take to make it work,” Klinner said. “If in a couple years they’ve got a good garden going, and the people of the community really appreciate what an asset this project is, then it will be a huge success.”

Carmichael said there is no timeline for work to begin at the site, but he is sure it will be worth the wait and the hard labor when the garden is ready.

“We’ve got a crew ready to come through, clean out the underbrush and leave us some big trees,” Carmichael said. “And we will have to test the soil to see what will grow, and what is good for our area. It will take a lot, but we’re ready for it. It won’t just improve the food situation in Selma. It can improve relationships and the community.”

Police were able to put the brakes, and handcuffs, on a man who led them on a high-speed chase Saturday... read more