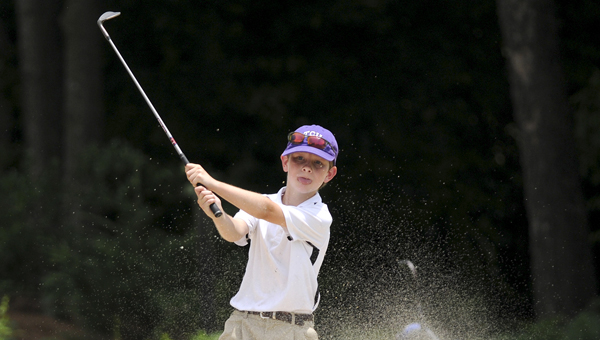 The Selma Country Club is preparing to test some of the state’s best junior golfers next week at the 53rd annual Bud Burns Dixie Junior Invitational.

The tournament tees off Monday and runs through Wednesday, testing each players skill set and how they handle the heat.

The boys’ competition has a different twist. Golfers 11 and over will play 18 holes Tuesday and Wednesday, unless they qualify for “A” Division, which will be decided after Tuesday’s round.

Golfers that qualify for “A” Division will play 36 holes on Wednesday, which Tommy Burns, PGA professional at the Selma Country Club, said sets up as an ultimate challenge of skill set and physical ability.

“It’ll be different for all of them, because I don’t know of a single tournament that plays 36 holes in one,” Burns said. “The only people I know that play a 36 hole qualifying is the U. S. Open. I would say this is going to be a new experience for anyone that has not played in the Dixie Junior before.”

Burns said he would be surprised if a player doesn’t shoot under par to win this year’s tournament.

“We generally get some good players here,” Burns said. “There are some kids out there that can do it. I’d be surprised if it’s over par.”

Sanders shot a total of 151 (+8) to win, joining a list of winners that includes several major champion golfers.

Outside of the overall winners, the tournament will have winners for each age group.