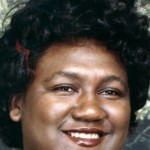 She was preceded in death by parents Matthew Steele and Lizzie M. Leonard.