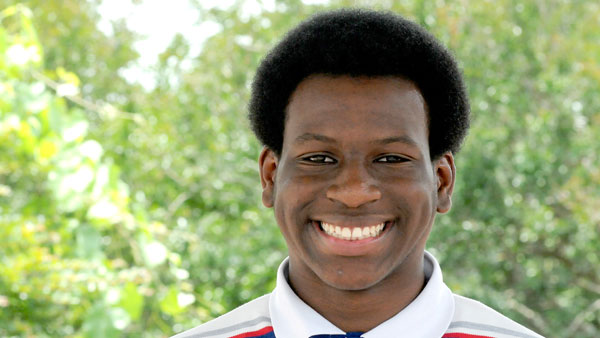 Selma High student Terrence Williams’s application to partipate in the Birmingham to Bejing project has been accepted. (Sarah Robinson | Times-Journal)

An upcoming Selma High senior was heartbroken to learn last year that he would not able to travel to China has been given a second chance to do so, but he needs the community’s help.

Selma High student Terrence Williams has the opportunity to live on a Confucius Institute campus in Beijing, China for three weeks to learn how to be global leader through a cultural immersion and Mandarin language program called Youth Leaders of American and China. The $2,500 trip is a part of the Birmingham to Beijing project that benefits high school students from low-income communities.

“I’m hoping to go on this trip, so it can further my education and give me an experience that no other student could possibly have without being invited on this situation,” Williams said.

“The experiences you get from traveling are worth a lifetime, and they help you mature since you will be learning about other people and other cultures,” Williams said. “That will give you the perspective on their point of view and what they do in their daily life.”

Williams’ application to join the program was accepted last academic year, but he said there was vital financial information they needed to submit that they were not made aware of until it was too late.

“I couldn’t believe that I was actually going to leave the United States to go to another country and experience it,” Williams said. “Once I found out I couldn’t go, I was really heartbroken. It shot me down.”

Williams’ mother Deborah Williams said this trip could benefit her son when he begin to purse a career in physical therapy.

Anyone interested in donating to Williams may visit rally.org/terrencetochina or call 872-8774.

An Orrville couple is behind bars and facing multiple charges after authorities believe the man had been having forced sexual... read more