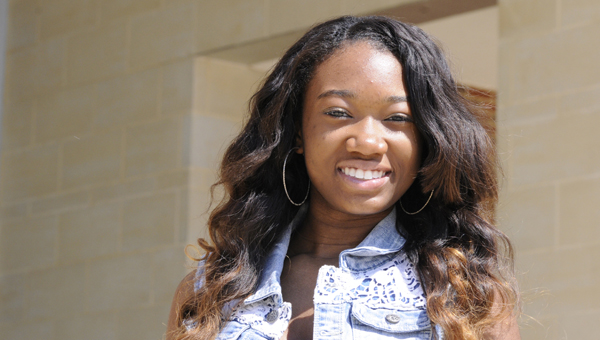 Editor’s note: This story is the next in a series of stories featuring valedictorians from each of the schools in Dallas County.

Selma High School graduate Amber Black was selected as the valedictorian of the Class of 2014.

Black, who graduated with a grade point average of 4.2, said she was surprised to hear the news.

Black has plans to attend Troy University, where she earned a $12,000 scholarship to major in nursing and later pursue a master’s degree in prenatal care.

As a person who loves to plan, Black said she enjoys surrounding herself with people who have similar interests, so it felt natural to join so many school organizations.

“I just liked to get involved here at Selma High,” Black said. “It’s fun experience, and I needed it to apply for colleges, but it was fun overall.”

Black said she’s not the only one excited over the title. Black’s parents share her enthusiasm about her big accomplishment.

“Oh, my mom’s ecstatic. She won’t stop talking about it,” Black said. “My dad’s excited, but he’s more on the quiet side.”

Two candidates, both with family roots in the Black Belt, are vying for Alabama’s 7th Congressional District seat in Washington.... read more