Law enforcement have located a 16-year-old Selma girl who not been seen since running away Saturday evening. 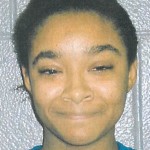 In a new release, Selma Police investigator Curtis Muhannad said Nikita Walker was found safe and unharmed in Selma, and was being held by police department.

In a previous news release, Muhannad said Walker had last been seen at around 8 p.m. Saturday at the Selma Skating Rink in Valley Grande.

On Wednesday, Muhannad said a community member alerted authorities to Walker’s location, and she was apprehended during a traffic stop near the intersection of Broad Street and Water Avenue Wednesday morning.

Muhannad said Walker has made statements to investigators that a bad living situation was the reason she ran away from home, a claim Muhannad said the department is taking very seriously.

“We are contacting the Alabama Department of Human Resources to find out what is happening at her home and to find a safe living situation for her,” Muhannad said.

The Valley Grande City Council approved a proposal for several landscaping projects, during their meeting Monday, that would improve the... read more