Boyfriend charged in the murder of his girlfriend

Eric King Jr., 21, was arrested Sunday and charged with murder for allegedly shooting his girlfriend, Jonika Smith, 25, after an apparent argument at King’s home in Sprott. 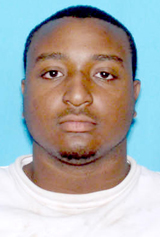 Following the shooting, Smith was transported by car to Vaughn Regional Medical Center, where she was declared dead.

King is currently being held at the Perry County Jail and will be arraigned in Perry County district court. King’s bond was set at $1 million.

The Alabama Bureau of Investigation is investigating the incident.

“It was a messy, violent situation that turned fatal,” Jackson said. “The victim was a very well-liked person.”

Smith was a graduate of Francis Marion High School and Marion Military Institute.

Doris King and Margaret Gamble point toward the audience during their dance. — Photos by Jay Sowers The dancers from... read more