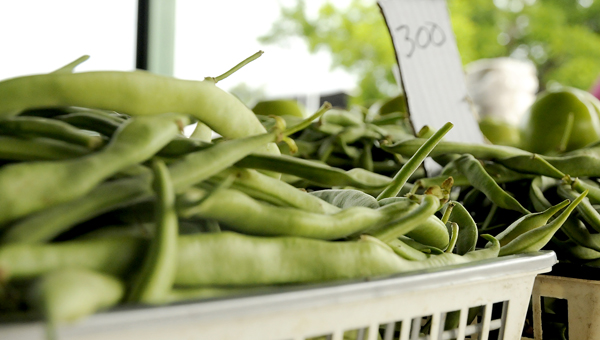 fresh market: The Selma Farmers Market will reopen on June 7, and will be open every Tuesday, Thursday and Saturday between June 7 and the first Saturday in November. (File Photo | Times-Journal)

In just a few weeks, squash, collard greens, okra and baskets of other fresh produce will line the tables at the first Selma Farmers Market of the year.

Dallas County Extension Office Coordinator Callie Nelson said the Farmer’s Market gives back to the community by providing healthy eating options to those who may not have other ways to find fresh produce.

At the Farmer’s Market, Nelson said buyers know they can get fresh, healthy choices that are fresher than products found in the produce section at the grocery store.

“From a health perspective, it’s fresh, it’s better, the nutrient retention is better, it has better flavor, better quality and plus you pretty much know how it is being grown” Nelson said.

The market also allows local farmers to sell their crops in an open marketplace, since most of them aren’t big enough to sell at big box retailers, Nelson said.

“It is one of the main outlets for our local vegetables producers, for them to be able to sell their crops because a lot of them don’t have a store,” Nelson said. “They don’t raise enough to sell to major retailers like the Wal-Mart’s and Winn Dixie’s, so this is their main avenue for being able to market and sell their produce.”

Raymond Harrison, manager of the Selma Farmer’s Market, said the market will hold drawings once a month and give the winners a basket of fresh produce.

Dallas County residents looking to join an Easter egg hunt will have plenty of opportunities to do so this weekend. ... read more