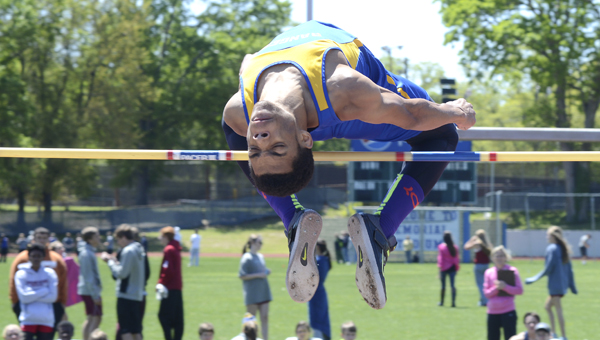 As expected, day one at the Alabama Independent Schools Association state track meet offered little clarification over which team might walk away as state champions.

The first day schedule — which includes mostly qualifying races to set up Thursday’s final events — saw AISA schools from all over the state perform well and give themselves a shot at earning a medal or two.

“We’ve got good weather… No controversies, no injuries, everything is going on schedule — it has gone real well,” Morgan Academy head coach Rob Robinson said of the first day.

As the host team for the event, Robinson’s focus was on making sure everything ran smoothly while also keeping a close eye on the Senators. At the end of a long day, he was happy with how Morgan performed, especially after several athletes qualified for final events on Thursday.

“We got to run a lot of kids and a lot of them are young,” Robinson said. “For a lot of them, this is the first time they have ever participated in track and I think we created an interest in them. I have high hopes for the future for this young team and I think we are only going to get better from here.”

Jaycee Sanders finished second in the in the 3200-meter final, which was one of the only finals run Wednesday.

Morgan Academy athletes who qualified for events Thursday include Lauren Rutherford and Cassidy Lawrence in the 300-meter hurdles, Jane Anne Stewart in the 400-meter dash, Kendall Veach in the discus throw and the shot put, Anna Tidmore in the 800-meter run, Caleb Pitts in the 800-meter run and Wyatt Sims in the 300-meter hurdles. The Senators’ boys also qualified in the 4 x 800 relay. Morgan Academy’s girls qualified in the 4 x 100 relay, the 4 x 200 relay events and the 4 x 800 relay.

Taylor out as Morgan football coach