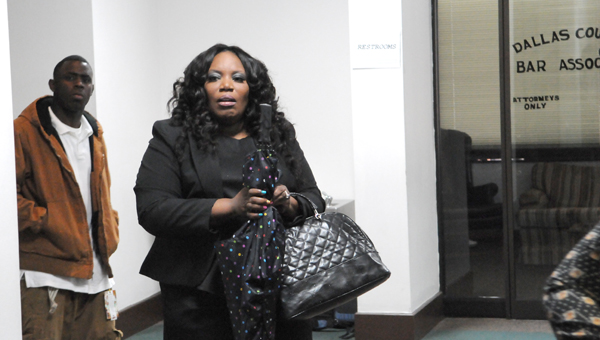 Williams accepted a plea agreement in Dallas County Circuit Court that requires her to register as a sex offender and prevents Williams from teaching again in addition to jail time.

For the felony charge — having sex with a student — Williams’ plea deal included 10 years in jail, which was suspended. She will serve 14 months in jail and three years of probation afterward. She is also required to receive counseling as a condition of the three years probation.

For the misdemeanor charge — sexual contact with a student — she will serve 12 months in jail, running concurrent with the felony charge.

“This gets her out of the school system,” Jackson said. “It should show that we are not going to let anyone get away with touching school children.”

Williams is expected to report to jail next week after wrapping up some family matters, according to defense attorney Theron Stokes.

“We felt like it was in her best interest to accept the plea deal,” Stokes said. “We wanted to get this behind her and move on. We intend for her to do well in the future. This is not a reflection on the school system, but of one employee’s mistakes.”

Jackson said Williams is required to begin serving her time on April 11.

Rumors swirled about other Selma City Schools employees committing similar crimes as Williams, but Stokes said Williams is unaware of any additional incidents and doesn’t have plans to report any school employees.

After she accepted the plea deal, acting Selma City Schools Superintendent of Education Larry DiChiara confirmed Williams was no longer an employee of the system.

DiChiara, who is also leading the state’s intervention team in Selma, said Williams is partially responsible for the state’s takeover.

Williams was arrested in April 2013 and charged with possession of obscene matter containing visual depiction of persons under the age of 17, electronic solicitation of a child, enticing a minor for immoral purposes and a misdemeanor charge for a school employee having sexual contact with a student. She received a new charge in October for allegedly having sexual intercourse with a student younger than 19.

“When I heard the outcome, my heart went immediately to those students who were the victims of her actions while under her care,” DiChiara said. “It is my hope that this verdict sends a strong message to anybody who is entrusted with our children that this kind of behavior will never again be tolerated.”

Williams’ admission of guilt is expected to affect the future of multiple members of a group put on administrative leave in February, according to DiChiara. The group includes Superintendent of Education Gerald Shirley, curriculum coordinator and former Selma High School principal Wanda McCall and testing coordinator Mamie Solomon.

“You have an obligation to report the rumors that keep coming to you over and over,” DiChiara said. “Those are the kinds of things that can affect the future employment of administration. At the very least, you should take some kind of action.”