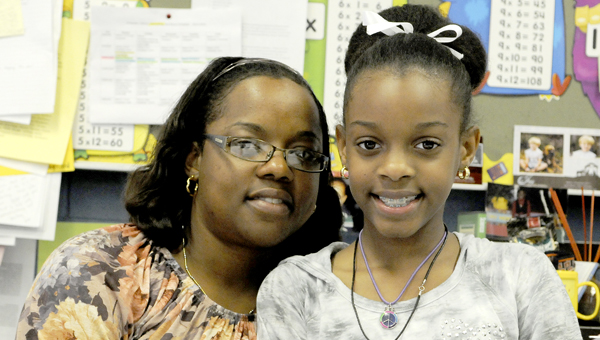 Look out Selma, there’s a new chef in town and she’s only in fifth grade.

Her competition entry began on a whim, while watching TV. During a commercial break a commercial for the challenge popped on screen and piqued her interest. Kindall looked at the requirements and told her mom, Toby Sewell-Murphy, about her interest.

“We called her aunt, because she is the real cook in the family,” Toby joked. “Kindall’s aunt came down and they put together a combination of two our their favorite salads.”

The challenge required the recipe to be healthy and Kindall created a kale, broccoli, chicken and apple salad.

More than 1,000 Alabamians entered, but soon Kindall was named to the top three in the state.

“I was just excited and hoped that I could win,” Kindall said. “When I found out that I won, I jumped around and screamed and celebrated.”

In July, she traveled to Washington D.C. to take part in the Kids’ State Dinner, but before the trip she faced a difficult decision, picking the perfect dress. She ended up wearing a blue and white dress with flowers on it.

“I called it my Michelle Obama dress,” Kindall said.

Kindall took a brief tour of the White House and then went to take a seat at her table for dinner.

Kindall and Toby said they were surprised to find Obama sitting a few feet away, at the same table. The pair also got a surprise visit from President Barrack Obama.

“I was excited and nervous,” Kindall said. “I didn’t want to say anything wrong.”

“Now she feels like she can do anything,” Toby said. “I was kind of excited to have another cook in the family.”

Now that Kindall is back in Selma, Toby said Kindall frequently helps cook meals and remains a fan of healthy foods, especially fruits and vegetables. Perhaps her cooking prowess is transferring over to the classroom. Kindall said science is her favorite subject.

“I think my favorite part of science is getting to mix different things together and see what happens,” she said.