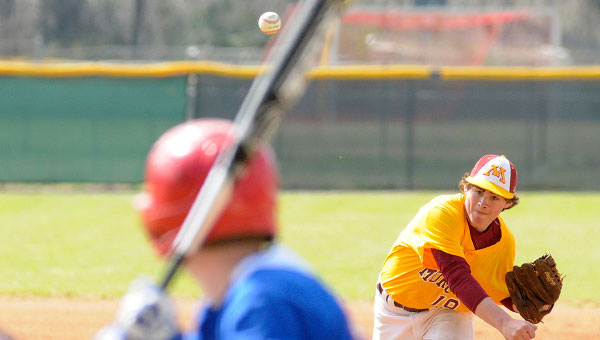 As the final lights were clicked off Saturday night, a total of 39 softball games had been played and another 25 baseball games had been held. The games, stretching over six area ball fields, saw teams from around Alabama play the game, and representing the schools, they love.

In the annual Morgan Pepsi Classic tournament, hosted by Morgan Academy, held Friday and Saturday, 14 softball teams and 13 baseball teams competed with the main goal of working out the kinks early in the season.

“I think the teams enjoy taking part in this tournament because we do our best to put teams together that would not normally play during the regular season,” Morgan Academy athletic director Bob Taylor. “The coaches really enjoy seeing their teams take on someone else they might not see again all year.”

Taylor said this year’s tournament drew teams from Phenix City and Dothan, to Tuscaloosa and beyond.

“It really has become one of the largest — if not the largest — tournaments in the state,” Taylor said. “It was a tremendous success for us, and I know it was a great thing for Selma.”

Taylor said teams filled up area hotels, reportedly occupying every room at the Hampton Inn and Holiday Inn Express, as well as nearly shutting down Selma’s Zaxby’s location because of the increased traffic.

The tournament also is of huge importance to Morgan’s athletic department, serving as one of the largest revenue producers of the year. And, the weather this year cooperated.

“Last year, in addition to hosting it the same weekend as Jubilee, we battled through temperatures that were in the 30s,” Taylor said. “This year, we saw great weather, and the crowds really turned out.”

Games were played on Morgan’s campus, Bloch Park and the Dallas County Sportsplex.

“Everything seemed to go really well without a lot of hiccups,” Taylor said.

Macon-East claimed the title in the softball tournament, while the baseball teams played a round-robin format.