Head of state intervention provides a glimpse of his priorities, goals 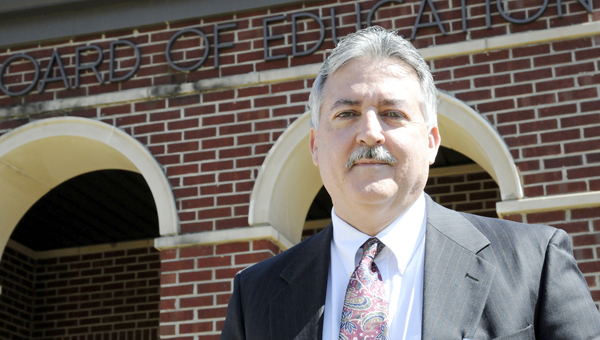 Months after the Phenix City School Board bought out Larry DiChiara’s contract as superintendent, he is on a mission to restore the troubled Selma City School System.

The intervention is only one week old and three central office employees, including Shirley, are on administrative leave. A financial audit is also underway at Selma High School. It’s unclear if or when Shirley will return, DiChiara said.

“A determination has to be made whether he will be brought back at all,” DiChiara said. “He is in the same boat as the other two. If we feel like he has done some things he shouldn’t have, then he won’t come back.”

DiChiara said it’s likely other Selma City School System employees will be placed on leave as the intervention continues. Other consequences could include the revocation of teaching certificates and firing employees.

He says the intervention team is trying to work with the Selma City School Board, but at the same time, DiChiara has the authority to overrule any decision and set the school board aside.

“I’m looking at [the intervention] as if it were a dam with some leaks in it,” DiChiara said. “We are sticking our thumb in this leak and this leak because it is the most immediate problem. Once the leaks have stopped, we have to look at this big wall and figure out how do we shore this thing up.”

One of the immediate problems is ensuring Selma High seniors are able to graduate.

“School officials placed kids in the wrong classes,” he said. “Kids were put in classes they shouldn’t have been taking and they won’t get credit. In two months, three months, they want to walk across that stage, and if we were not here intervening the way we are, a lot of them would not have walked.”

The intervention team is also focused on several issues raised in an investigation of wrongdoings by former Selma High teacher Latangila Williams, who was arrested one year ago on multiple charges, including inappropriate sexual conduct with a student. DiChiara said he is planning to work with the Department of Human Resources to address any potential similar, ongoing sexual harassment problems.

Prior to his current job, DiChiara was the superintendent of Phenix City Public Schools for 10 years. During that time, he increased the overall student population and was named Alabama’s superintendent of the year.

After the award, DiChiara began having disagreements with the newly appointed Phenix City School Board over small issues, like giving high school coaches a pay supplement.

On July 1, 2013, DiChiara drafted a letter outlining several grievances with some of the school board’s actions, including illegal activity. He planned to send the letter to an old college acquaintance and the state superintendent of education, Dr. Tommy Bice. Both attended Auburn at similar times and received degrees in education.

“I had to stand up and fight for our school district and what I thought was right,” DiChiara said.

He was never able to personally send the letter and still remains unable to publicly criticize the actions of the Phenix City School Board because of a clause in the buyout agreement, which is expected to pay out $750,000 for the years left in DiChiara’s contract.

“If I had done something wrong, they would have fired me,” DiChiara said.

Requests for comment from the Phenix City School Board were not returned.

DiChiara remained involved in education after the dismissal. A state report about wrongdoings within the Selma City System piqued his interest and led to his current position.

The investigation alleged inappropriate sexual behavior, failure to adhere to graduation requirements regarding standardized testing procedures and a general disregard for instructional time. Half jokingly, DiChiara told Bice he would be willing to help turn the Selma City School System around for free.

“The stuff we read was just so unbelievable that we couldn’t understand how it could have taken place,” DiChiara said. “I told [Bice], ‘now that you’ve dangled this carrot in front of us, you are going to have to snatch it away.’”

The Selma City Schools intervention is the fourth under Bice’s tenure and is expected to take two years, depending on local cooperation.