A state legislator from Selma is a heavy supporter of a bill designed to strengthen consequences for drunk driving.

State Rep. Darrio Melton, D-Selma, said he approves of House Bill 381, which would give first-time offenders with a blood alcohol concentration level of 0.08 to 0.14 the option of going on an ignition interlock for six months in lieu of a 90-day license suspension. 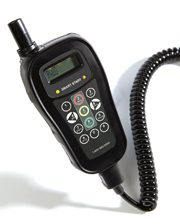 Scheduled for a committee hearing this week, the bill is also important to Mothers against Drunk Driving, a national non-profit organization dedicated to stop drunk driving.

A key component of the bill is ignition interlock, which is a device wired into an ignition system of a vehicle, according to MADD’s website. Drivers must blow into the device to start the vehicle, which will not start if the driver’s blood alcohol content is more than the legal limit.

While a previous state bill does require the device, it only applies to those convicted of drunk driving. Ignition interlocks, on average, reduce drunken driving recidivism by 67 percent compared to license suspension alone, according to the Centers for Disease Control and Prevention.

MADD member Monica Jordan was left numb when she learned her 24-year-old son was killed by a drunk driver with a blood alcohol content of at least twice the legal limit July 2003.

“Truth be known, there are many people that drive without a license,” Jordan said. “For a lot of people it doesn’t matter to them if they don’t have a license, but it will matter if they can’t get in that vehicle and drive.”

MADD state victim coordinator Pamela Morton said she agreed the interlock stands as an important factor for the bill.

“It’s been proven that interlock ignition does save lives,” Morton said. “If we can prevent one family from being impacted by this deadly crime, I think it’s important for us to do so.”