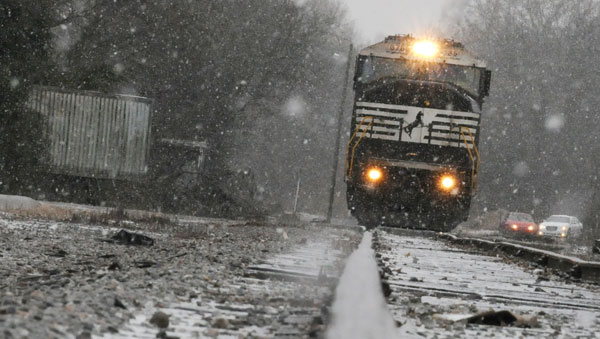 Matt Anderson, meteorologist with the National Weather Service’s office in Calera, said the system is projected to affect Selma and Dallas County for a majority of the afternoon and evening hours Thursday.

“We could see some snow down that way Thursday between 2 p.m. and 10 p.m. It will be a mixture, as temperatures will be a few degrees above freezing. It’s not looking like much in the way of accumulations.”

Anderson said the rain and snow mix would likely fall at varying rates Thursday, with some periods making travel hazardous throughout the region.

“It could be moderate at times, as far as the mixtures goes, so there could be some times where the precipitation rate overcomes the melting rate,” Anderson said. “It may cause some issues at times, but we aren’t expecting any kind of continuous issues.”

After the system has left the area, Anderson said frigid temperatures overnight Thursday in to Friday is something motorists may have to consider before leaving home Friday morning.

“Thursday night in to Friday morning temperatures will be below freezing, and there will be moisture on the roadways that could freeze,” Anderson said. “Friday morning at about 9 a.m. or 10 a.m. we will be back above freezing, so it’s not going to be an extended problem like last time.”

Emergency management director Rhonda Abbott said she learned of the possibility for winter weather just before 1 p.m. and quickly got school leaders together.

“This is not expected to be an event like last week; ice will not form ahead of the storm like it did last time,” Abbott said.

After learning of the possibility for severe weather, schools weren’t quite as quick to cancel classes. Though Selma City Schools announced the system would close at 11 a.m. Thursday, all other schools and systems decided to take a different approach and wait until later to make a decision on closing.

Meadowview Christian School headmaster Renee Callen said she would keep an eye on the weather and wait until Thursday morning to decide whether classes would let out early.

“From what we understand, the weather is going to roll in around the time school would normally let out,” Callen said. “Classes are going to start at their normal time and we will make a decision on closing early as we get closer.”