One dead in Citizens Parkway shooting 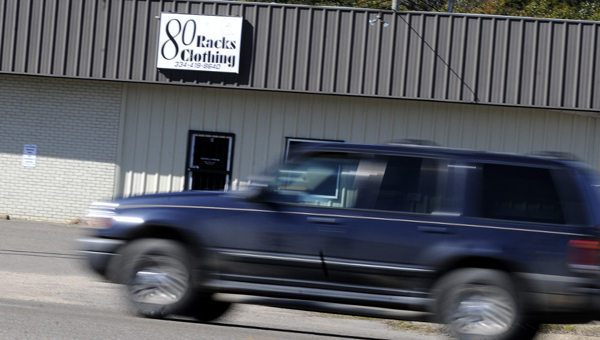 Deadly location: Selma Police responded to reports of a shooting Friday evening at 80 Racks Clothing, where they found a victim, in his thirties, unresponsive and with multiple gunshot wounds in the store’s barbershop. The owner of 80 Racks was arrested and charged with murder. (Josh Bergeron | Times-Journal)

One person is dead and another is in jail following a shooting at a barbershop on the 2800 block of Citizens Parkway Friday night.

Eighty’s Rack Barbershop owner David Johnson III, 31, was initially taken in for questioning in connection with the shooting before he was charged with murder and placed under a $100,000 bond at the Dallas County Jail.

The incident occurred at approximately 7 p.m. at Eighty’s Rack Barbershop when Johnson shot a patron after an argument, according to Selma Police Department officer Lt. Curtis Muhannad.

Muhannad said Johnson and the victim were initially joking with each other about the victim’s appointment, but the situation evolved into a verbal altercation and later a physical altercation, according to witness statements.

Johnson reportedly pulled out his handgun during the argument and shot the victim twice, once in the right leg and once in the lower back.

When officer arrived on the scene, they found a black male in his thirties unresponsive and lying inside the barbershop with two gunshot wounds, according to a news release.

The murder is the second of 2014 in the city limits of Selma.

Room for improvement: R. B. Hudson Middle School was the only school in the Selma City School System to declared... read more