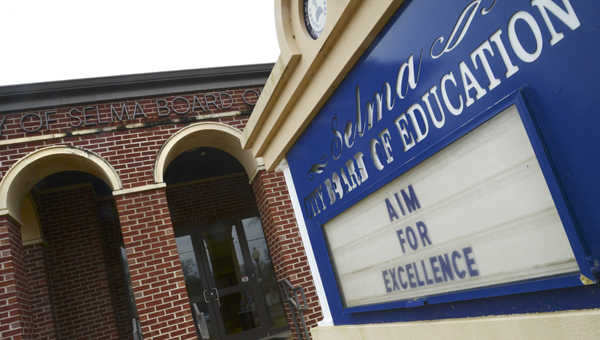 On the hot seat: Local leaders of the Selma City School System are facing increased scrutiny from state officials after reportedly failing to response to state requests for information on the system’s corrective action plan, part of the system’s response to a scathing report by the state released in November. –Jay Sowers

By Tim Reeves and Sarah Robinson

Selma Superintendent of Education Gerald Shirley couldn’t be reached; calls to board of education members Frank Chestnut Jr. and Brenda Obomanu were not answered; board member Dr. Kirit Chapatwala refused to comment and board attorney Katy Campbell wasn’t in her office.

But while these members and leaders of the Selma City School System were silent Friday, State Superintendent of Education Dr. Tommy Bice was loud and clear.

In comments made to Montgomery media Thursday, Bice made it clear he, and the state’s education officials, are not pleased with the response received from the Selma City School System, leading many to think the system is likely poised for a state takeover.

Following the November release of a state investigation, where the Selma system was found to have severe issues, the state asked local school officials to put together a corrective action plan. It has been the development of that plan and the lack of response to state requests that appears to have drawn the most disappointment.

“We sent them a letter last September outlining some very troubling allegations and sent them a follow-up letter in November requesting for more clarification on some issues and we haven’t gotten a response yet,” Bice told WSFA Thursday following a state board of education work session.

Bice’s criticism of the system, criticism that included his feeling Selma education leaders “are not taking it as seriously as I do,” did draw a response from two members of the Selma City School Board Friday.

“I believe we should have open communication with Montgomery,” Selma City School board member Dr. Udo Ufomadu said. “We can’t take them for granted, because if we do it will come [back] to haunt us. That line of communication should be open.”

Board president Henry Hicks Sr. agreed the system should be doing all it can to address the problems laid out by the state’s investigation and work with the state in ensuring the corrective action plan is effective.

“If we are not putting together what the state wants — if we are not communicating with the state like they have asked, then shame on us. Shame on us,” Hicks said. “We should have done and followed through with what the state superintendent and the state department of education has asked.”

As for the likelihood the Alabama Department of Education would assume control of the Selma City School System, Ufomadu believes it might be the best option on the table.

“This board is divided between what is right and what is wrong in my own opinion,” Ufomadu said. ““At this point, the school district could use all the help we can get.”

The Times-Journal made numerous attempts to reach Shirley, including waiting for Shirley in his office for three hours Friday afternoon. Those messages and attempts were unsuccessful in getting comments from the system’s top education official.

“I am taking this seriously. Dr. Ufomadu is. But evidentially the other members of the board and our superintendent are not doing so. I think they stated that when the refused to have an investigation done,” Hicks said, referring to a vote held on a proposal held earlier in the year to have an outside organization investigate the system. The measure failed when Chestnut, Obomanu and Chapatwala voted against the proposal. Shortly there after, the state began its own investigation of the system, reacting to a number of incidents in the system including sexual misconduct by a Selma High School teacher.

“It’s evident that we are not going to do what it takes to get the system fixed,” Hicks continued, adding he agrees with Ufomadu in believing the state should take the system over. “If we are not complying with what the state has asked us to do, then the state needs to do what they feel they need to do.”