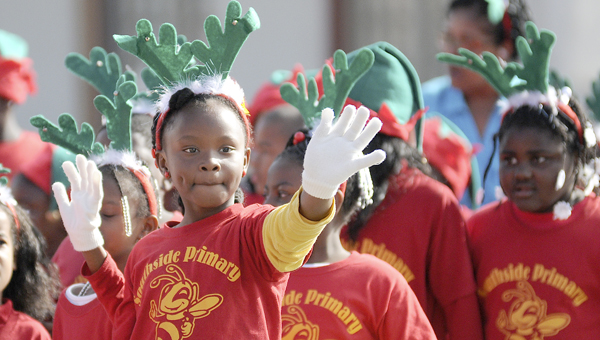 The annual Selma Christmas Parade will be held Saturday, Dec. 7 in downtown Selma.

While Thanksgiving remains ahead of us on the calendar, the city of Selma is already diving into plans for the annual Christmas parade.

The parade’s organizing committee is inviting the residents, groups and organizations to sign up for the parade, scheduled for Saturday, Dec. 7 at 10 a.m.

The theme for the 2013 parade is “A Magical Christmas in Selma.” Smedley said the parade will feature an appearance from Disney characters, all of the local high school bands, and many others, including Santa Claus himself.

Individuals from the community, who are not affiliated with the city of Selma or the chamber, will serve as parade judges.

Those interested in joining the competition must follow a list of rules and regulations, pay registration a fee, and submit a registration form to the Selma-Dallas County Chamber of Commerce at 912 Selma Avenue.

“The Selma Police Department will be there with traffic control,” Smedley said.

In order to ensure that the fun-filled event is safe, participants must abide by safety rules and regulations, she said.

Car and truck clubs are only allowed five vehicles per club. Vehicles and horses will be placed at least two abreast to the parade moving at all times. All units must travel the parade route in a straight line, and move forward the entire parade. Weaving, circling, and stopping are strictly prohibited.

The department will remove any participants who violate these regulations or perform any other actions they feel are unsafe.

Sgt. Roy Nix, traffic commander with the Selma Police Department, said Washington Street will be closed at around 7 a.m. the day of the parade in order to allow parade floats and cars to line up.

For more information, including entry fee information, contact the Selma-Dallas County Chamber of Commerce at 875-7241 or info@SelmaAlabama.com.