When it comes to industry, Craig Field is more than an airport 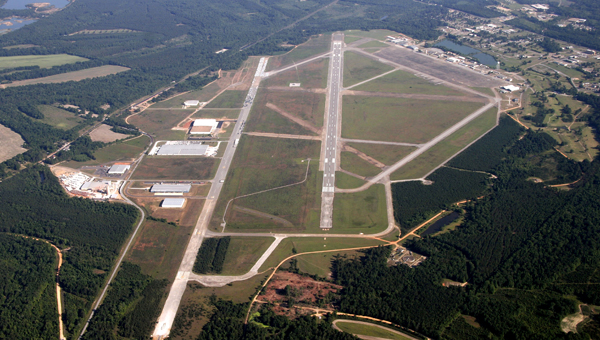 Craig Field industrial park spans roughly 2,200 acres and houses an elementary school, an active airport, a state trooper post, a golf course and a number of industries including Hanil E-Hwa Interior Systems Alabama, Renosol Corporation, Eovations, Taylor Made and Plantation Patterns, among others.

Editor’s Note: This feature appeared in the 2013 Salute to Industry magazine, which was included in the Sunday, July 7 edition of The Selma Times-Journal.

From housing high-powered industries, major manufacturing companies, active railways and runways and even a place to relax on the greens, Dallas County’s Craig Field Airport and Industrial Park is booming and ready for business.

The industrial park spans roughly 2,200 acres and houses an elementary school, an active airport, a state trooper post, a golf range and a number of industries including Hanil E-Hwa Interior Systems Alabama, Renosol Corporation, Eovations, Taylor Made and Plantation Patterns, among others. 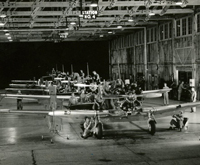 Named after Army Air Corps pilot Lt. Bruce Kilpatrick Craig, a Dallas County native who in 1941 when his B-24 crashed, Craig Field was a center in the Southeast for the Army Air Corps and later Air Force undergraduate flight training during World War II, as well as the Korean and Vietnam conflicts.

Driskell said the industrial park, depending on the month, provides anywhere between 1,300 and 1,500 jobs — many of which are held by Dallas County residents.

“If anything we’re underutilized,” he said. “The industry we have is nice, it’s all light manufacturing with high-paying jobs.”

The park finds funding for all of its projects, including resurfacing the runway, maintaining the land and updating airplane hangers with new roofing, for example, with grants and bonds.

“We get grants and get included in some bond things, but they’re all tied to specific projects, like our runway out there — it has to be maintained, resurfaced, restriped and marked, so that money goes to things like that,” Driskell said. “To put gas in our maintenance trucks, pay the gas bill, power bill and water bill, we have to generate income. We don’t get any money from the federal government, any money from the state government or county and city government.”

Driskell said there’s a small 2.5 percent match required of the grants, but noted that in projects like putting in the five miles of FAA spec security fencing around the entire airport, which cost a half million dollars, “the 2.5 percent match is still a significant amount, but it’s nothing like paying the full $500,000.” 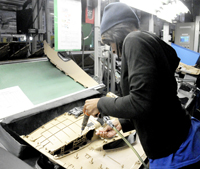 Craig Field in addition to its aeronautical services, is home to a number of industries including automotive supplier Hanil-Ewa.

Having a number of big industries requires the industrial park to provide a lot of power, which is why Driskell said they have their own Alabama Power substation on the property.

“We have an Alabama Power substation — so we don’t have any brownouts or blips on the computer, [the substation] has eliminated all that — and that will take care of the industrial park for years and years,” Driskell said, which helps ensure that the businesses in the park continue to run smoothly around the clock — no matter the weather conditions.

Looking to the future of the industrial park, Driskell said the main goal is simply to continue to recruit quality industries.

“What people should know,” Driskell said, “is that when we land a new business here, those people are looking (at multiple locations). For example, when we got Lousiana Pacific, they were looking at 20 other sites, just in Alabama. So I mean, you’re up against stiff competition, especially if it’s a quality name.”

Driskell reiterated the park is “ready to go” and there is space available for new industries looking to make a home in Dallas County.

In addition to the park’s industries the airport is another area Driskell said he hopes to continue to enhance, noting there are 70 drained concrete acres of parkingway, 12 inches thick.

“We have three taxiways and they have each been resurfaced, restriped and strengthened over the last five years, so they’re in great shape,” Driskell said. “If we had somebody here working on planes, those are high paying jobs. We had those companies here for almost 30 years — this thing was full of planes.”

Driskell said their main focus is currently aimed at increasing the presence of aviation activity and maintenance.

According to the Craig Field Airport and Industrial Authority, the history of the Craig Complex is almost as rich as the history of the area in which it sits. Following the outbreak of World War II, the United States Army Air Corps quickly came to the realization that it would need a place to train the thousands of new pilots.

Named after Army Air Corps pilot Lt. Bruce Kilpatrick Craig, a Dallas County native who in 1941 when his B-24 crashed, Craig Field was a center in the Southeast for the Army Air Corps and later Air Force undergraduate flight training during World War II, as well as the Korean and Vietnam conflicts.

“During the Vietnam War this was the busiest airport in the world based on all the takeoffs and landings, (with over 93,000 flight hours and 455,000 aircraft movements),” Driskell said, noting at that point there were roughly 1,700 civilian jobs on the base.

In 1977, military operations ended at Craig and the site was sold to the Craig Field Airport and Industrial Authority which continues oversee operations and development of the site.

Brandon Williams, Selma High School Band director, breaks out some smooth jams on the keyboard as the school hosts its... read more