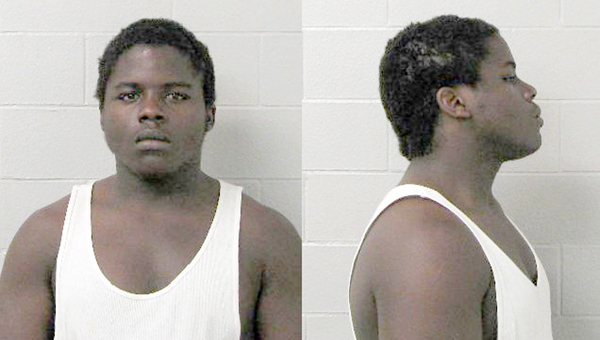 Deandrea Keon Fuller, 20, has been charged in connection with the murder of Antonio Boykin on King Street.

But Armstrong, the district attorney’s office and the family members of Antonio Boykin disagreed with attorney Angela Start’s claim.

Armstrong upheld the no bond status for Fuller after telling those in court Thursday he remembered Fuller in the juvenile system and said it would be a “no brainer” to recognize Fuller as a danger to society and would not grant him a bond for his charges of capital murder, second-degree assault and criminal trespassing.

“It is a no brainer today and it doesn’t take a law degree or any kind of special training to set no bond in this case,” Armstrong told Fuller. “It is just common sense.”

Armstrong addressed Fuller directly; looking him in the eyes and told him he has watched him grow up, and hoped he would take advantage of the programs he was ordered to go to but was disappointed he did not.

Armstrong said it would be crazy for him to give Fuller a bond.

Fuller was arrested Tuesday evening in connection to the murder of Antonio Boykin, who was shot multiple times inside the doorway of his King Street home Saturday afternoon and was pronounced dead at the scene.

Fuller is also awaiting trial as one of two murder suspects charged with shooting into club 12th Stone in October 2011. Five people were injured and one woman was killed.

Armstrong said when that incident occurred, he set Fuller’s bond at $5 million. The bond was set high, Armstong told Fuller, “because I felt like you were an extremely dangerous person in our community and I did not want you to get out.”

Fuller was out on bond for this incident when he was arrested Tuesday for murder.

Southside High School valedictorian Ashley Cunningham looks to the future as she plans to pursue a degree in accounting at... read more