Two Selma men, charged with firing shots into a home on L.L. Anderson last week, are now in custody.

In a release late Wednesday evening, the Selma Police Department announced they had arrested Arthur Lee Sanders Jr. and Rakeim McNeil in connection with the shooting incident on May 30 on the 1500 block of L.L. Anderson Avenue. 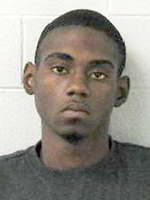 The suspects, who are both 20-years-old, are being held in the Dallas County Jail, each under a $90,000 bond and charged with one count of discharging a firearm into an occupied dwelling and five counts of reckless endangerment.

At approximately 11:30 a.m. on Thursday, May 30, the two suspects, after exiting their vehicle, reportedly walked up to the L.L. Anderson home and fired multiple shots in the direction. There is a possibility some of these shots struck the home.

According to Muhannad, in an earlier interview with the Times-Journal, an elderly woman and a young black male were in the home at the time the shots were fired. No one was injured. 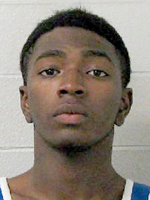 “The suspects fled the scene in a beige or tan colored vehicle believed to be a Chevrolet Cavalier,” Muhannad said. “They went east on L.L. Anderson Avenue and it is believed they traveled north on Marie Foster.”

Camelle Posey, who lives near where the incident occurred, said she heard the shots.

“It was about four shots,” Posey said. “The whole street heard it and everyone came out.”

Deandrea Keon Fuller, 20, has been charged in connection with the murder of Antonio Boykin on King Street. The attorney... read more