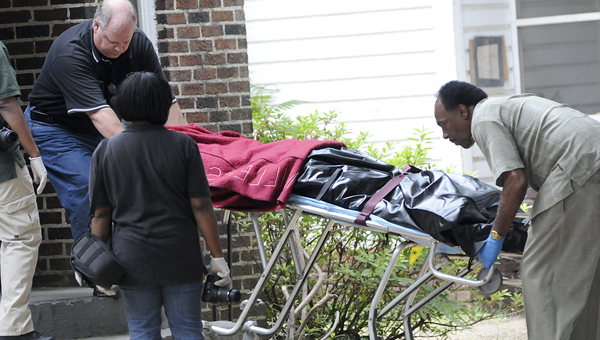 Shortly after noon Saturday, Selma Police responded to the 300 block of King Street where they found 24-year-old Antonio Boykin shot and killed in the doorway of his home. Boykin was the only person in the home at the time.

“When officers arrived, they found a black male laying in the doorway area,” Riley said. “It appeared he had suffered from multiple gunshot wounds.”

While the name of the victim has been released, police still have little information regarding any suspect or suspects in the case.

“We’re in the preliminary stage of the investigation right now and trying to determine exactly what happened prior to the shooting and after the shooting,” Riley said. “Right now we’re working on getting all the information we can.”

A neighbor told the Times-Journal the victim was reportedly shot three times by a suspect who walked up to the door and fired when the victim opened the front door. Police officials would only confirm Boykin was shot “multiple times.”

This incident marks the third murder in Selma this year.

“We’re not going to tolerate behavior like this — murders and shootings,” Riley said. “We’re going to use all of our resources to identify those responsible for this and bring them to justice. We’re dealing with a dangerous and violent murderer here.”

If the public has any information regarding this incident, Riley asked that they notify the police department or Crimestoppers at 1-866-44-CRIME.