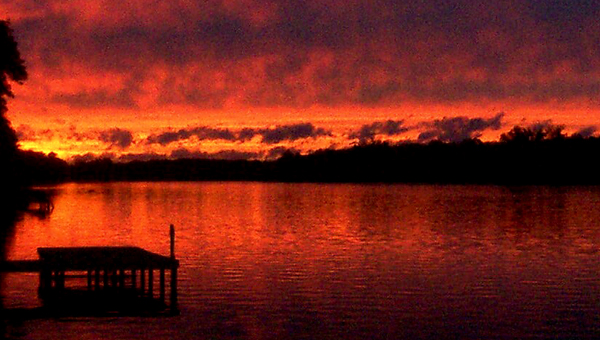 Law enforcement officials urged boaters to remember the laws that govern drinking and driving are the same when it comes to drinking and boating.

Although Alabama’s rivers may seem stress-free compared to busy roadways, boating authorities are warning residents that drinking and boating, just like drinking and driving, is still illegal.

Specifically, it is illegal to be in physical control of any vessel — including personal watercrafts, water skis or any similar device — if the operator has a blood alcohol concentration above .08.

“People need to remember that the same (driving under the influence) laws applied on the roadway also apply on the waterway,” said Lt. Jon Archer of the Alabama Marine Police. “Always, especially with holidays like Memorial Day, we have a high amount of alcohol consumption on the rivers.”

Just like D.U.I. penalties, Archer said residents found operating boats or other water vessels while under the influence can face between $600 to $2,100 in fines and possible jail time for their first offense. On the second offense, a fine between $1,100 and $5,100 is issued along with mandatory community service and automatic license suspension for one year. On third offense, a fine from $2,100 to $10,100 and/or a sentence of up to one year in jail and license suspension for three years is issued.

And because boating is often associated with a “relaxed atmosphere,” Archer said it can be easy for residents to feel the affects of the sun more quickly and thus feel more intoxicated.

“The sun, the wind — the person is already fatigued and relaxed, to add alcohol to the mix just makes it worse,” he said.

Also, Archer pointed out that anyone above the age of 21 convicted of boating under the influence who has a child under the age of 14 present in the vessel at the time of the offense is automatically issued double the minimum punishment that they would have received if the child had not been present.

“It’s just not worth it,” Archer said of boating while under the influence. “People just need to plan ahead, take their time and be safe.”

With Memorial Day being a popular day for boating, Archer also advised residents be aware of the excess amount of water activity.

“Safety equipment is paramount,” he said. “Before taking your boat out, make sure it’s in good working order and life jackets and fire extinguishers are on board.”

According to AAA Travel, about 34.8 million Americans will journey 50 miles or more from home during the Memorial Day... read more