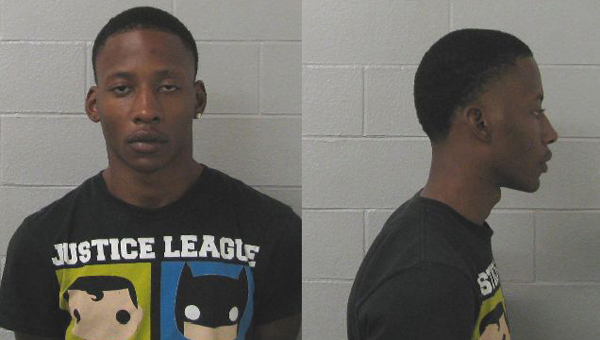 Ronald Mitchell, 19, has been charged with murder, and has a bond of $3 million.

Ronald Mitchell, 19, has been charged with the murder of Micah Dewayne Johnson, 22. Johnson had been reported missing earlier this week. Authorities said he was last seen early Monday morning in the 500 block of Woodrow Avenue by his mother.

While investigating Johnson’s missing person case Thursday, the Selma Police Department questioned Mitchell, who was reported to be the last person to have a conversation with Johnson. Investigators learned Mitchell last spoke with Johnson in the early morning hours of Tuesday, May 21.

According to the Selma Police Department, as the interview continued, Mitchell acknowledged that he killed Johnson using a firearm.

Mitchell then led investigators to the body of the victim, which was in a wooded area below the 100 block of Old Montgomery Highway. He also took investigators to the area where he had hidden Johnson’s vehicle — the 2000 Nissan Maxima was recovered in an area off of LL Anderson Avenue.

The police said the investigation is ongoing.

Mitchell has been charged with murder and has a bond of $3 million.