Spring jamborees come as workouts come to an end 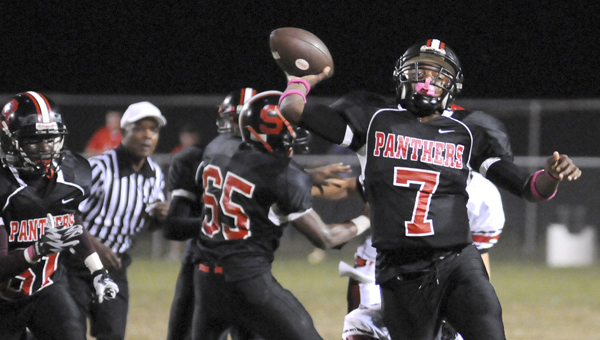 Southside High School will host a spring jamboree Thursday, May 16, beginning at 1 p.m.

Special to The Selma Times-Journal

High school football season is just around the corner, and behind the scenes coaches and players are working hard to prepare themselves for the fall.

Spring practice does not steal the headlines, but it is the building block for success in autumn. All of the local high schools are hoping a tough spring will lead to victories when games kickoff next season.

When talking to the coaches, one word came up frequently: Fundamentals.

“We are doing a lot of fundamental stuff,” Morgan Academy head coach Bob Taylor said. “We are getting a lot of individual teaching.”

Selma head coach Leroy Miles shared the same sentiment, saying his team is working on basic blocking, tackling and footwork. The old adage is that practice makes perfect and coaches hope working on basics will make it much easier to implement the full playbook in the fall.

“You don’t put too much stuff in during the spring,” Southside High School head coach Daniel Flowers said. “You just want to go over the basic stuff and see if the kids still remember some of the stuff we did from this past season.”

If practice is going well, spring is also a time for coaches to evaluate personnel and adjust their playbook around their talent.

“We are implementing some new stuff and trying to get the kids to catch on to what we are trying to do offensively and defensively,” Taylor said.

A lot of times coaches lose sleep debating how to get the ball into the hands of their best player. For Flowers, spring drills have shown him he has a lot of speed on the field and he needs to find a way to use it. His solution is to run more read option plays.

“We’ve got some speed at the skill back positions so we are trying to find a way to put the ball in their hands,” Flowers said.

For coaches, one of the highlights of the spring is the players and units that stand out.

“The offensive line has really, really done a great job and [so have] our linebackers,” Miles said.

At Morgan Academy, a young offensive line is starting to stand out too.

“I’ve been real impressed with the offensive line. They’ve done a really good job of adjusting to some different things we are doing and they are catching on,” Taylor said. “The last couple of days they have really seemed to gel together and understand the concept of what we are trying to do.”

Within the next few weeks, spring practice will wind down and each team will play its annual spring game.