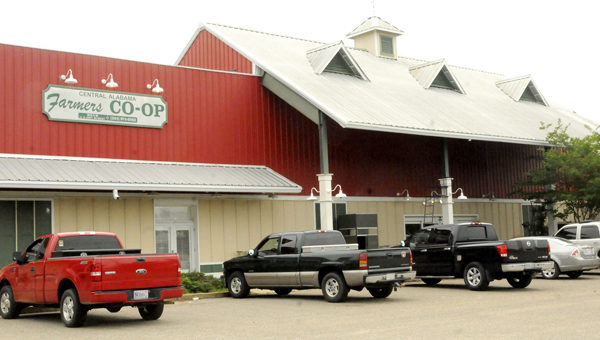 More than five semi-automatic handguns were taken from the Central Alabama Farmer’s Co-op during a break-in at 3:40 a.m. Wednesday night. — Sarah Cook

At least five semi-automatic weapons were taken from the Central Alabama Farmer’s Co-op Wednesday night when two suspects burglarized the store, making this the second time the Co-op was burglarized this year.

Sgt. Curtis Muhannad with the Selma Police Department was part of the initial investigation at the Co-op and said the weapons taken included multiple 9 mm pistols and multiple .40 caliber guns.

“Ammo was taken as well, but we are not sure of the amount of ammo at this time,” Muhannad said, explaining the amount will be undisclosed until the Co-op can conduct a full inventory and update police on what else is missing. “All the numbers of the things missing now are based on our initial investigation that was done right after the burglary occurred.”

Muhannad said it appeared the two suspects used a back rollup door in the warehouse area as their point of entry. Once inside, they broke the lock on another door to get in. They then broke a lock on the gun cabinet.

Though no suspects have been identified, Muhannad said footage from the store would be examined. The Alabama Department of Tobacco and Firearms is also involved in the investigation, as this is the second burglary at the Co-op this year. Another incident occurred in January when two juveniles reportedly shoplifted 100 rounds of shotgun shells during store hours.

The Co-p’s general manager Tim Wood said he is pleased with the way the investigation is progressing and is confident in the police department’s ability to identify the subjects based on the footage of the burglary in the store.

“We are pretty resilient people, and this is just something we will have to deal with,” Wood said. “We have pretty good footage, and we have some good evidence.”

Descriptions of the burglars in the video have not yet been released.

The deadline for the city of Selma’s Summer Youth Employment Program is Monday at 4:30 p.m. Applications may be obtained... read more