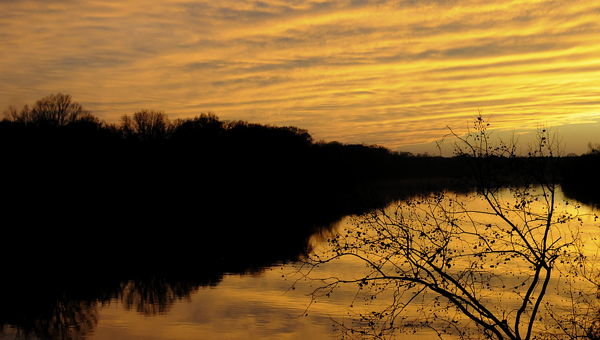 Selma Mayor George Evans said he’s not only excited about the project but is convinced the study will produce a number of artifacts that have been lost to the river since the Civil War. — Katie Wood

The city of Selma is preparing for a real live treasure hunt, as they get ready to enter phase one of the Alabama Historical Commission Maritime Study of Underwater Resources in the Alabama River.

The purpose of the project is to preserve the Alabama River and the historic artifacts that lie within it, Selma Mayor George P. Evans said.

“We believe that this study will certainly bring about information that we need to reflect what’s in that river, which could be something we could use for our historical branding,” Evans said.  “We don’t know what’s down there. If we get someone to go down there who’s licensed and who’s not going to take it away and use it somewhere else, I think it could really give us some background as to what happened hundreds of years ago.”

Evans said he’s not only excited about the project but is convinced the study will produce a number of artifacts that have been lost to the river since the Civil War.

Selma’s planning and development department have received multiple bids for phase one of the project — bids the department is currently examining.

“Now that the bids are in, it won’t be very long [before we begin the study],” Warren Hinson, historic preservation and revitalization coordinator said.

State Archeologist Stayce Hathorn said the city of Selma is entering into the study because they want to protect the site since it is a National Register eligible site.

Hathorn explained that a typical archeological investigation is comprised of three phases, but noted this study is a little different because it’s a maritime study in black water — the first of it’s kind in Selma.

Hathorn estimated the project would be completed in three phases. Phase one, which contractors have just put bids in for, is basically to map the site, she said. Whoever wins the bid will use remote sensing technology to access the location of cultural resources in the area. The site will be mapped using high-resolution magnetometry at 15 feet lane spacing and high-resolution sonar imaging at 60 feet lane spacing.

The winners of the bid will use the data to prepare an underwater site map of the findings.

“They drive back and forth with that lane spacing and they read the data,” Hathorn said. “The data that comes back tells them where the site is — where the artifacts are dispersed. They come back with that data and then we’ll have that information from this phase of the study and we’ll be able to plan the next phase.”

Phase two of the study answers questions of integrity.

“Basically it says, [whether] this site tells a story, because that’s what we’re trying to say — does this site have information that is important for us?” Hathorn explained. “And then phase three is data recovery. Phase three is when you actually go in there and you start to get the information and read the story that the site has to tell. And that’s what takes a really long time.”

Mary Shell, preservation planner for the Alabama Historical Commission said the study is funded in part by a certified local government grant.

“Selma is one of 29 Alabama communities that are eligible for these grants, and that’s because they have a local preservation commission and local preservation program. The funds come through the national park service to our agency, annually,” Shell said.

The grant was awarded in the 2012 fiscal year for the two-year project, meaning the city of Selma has until Sept. 30 of this year to complete the study.