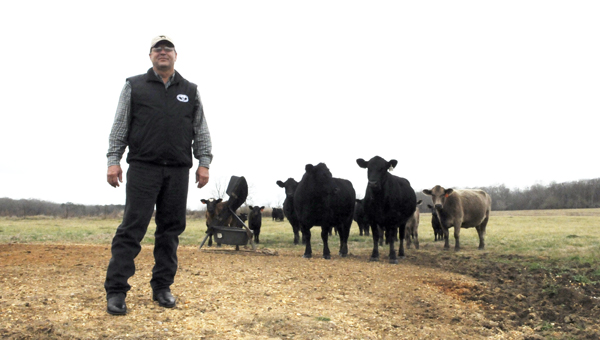 Holliman was raised on a cotton farm in the Mississippi Delta. He received a Bachelor’s degree in Animal Science and a Master’s Degree in Animal Nutrition from Mississippi State University. Holliman has been employed by Auburn University since 1975 where he worked at the Black Belt Research and Extension Center in Marion Junction, serving as Director of the station since 1989. He retired in January.

Holliman started Circle H Cattle Farm in 1982 where he raises Black Simmental cattle. He is a member of the Sunshine Farms Bull Sale Group.

Holliman has been an officer in the Alabama Simmental Association and serves as Trustee for the American Simmental Association. In 2004-2005 Holliman was elected president of the Beef Improvement Federation, an international organization promoting the use of performance evaluation. He has been involved with BIF since 1998. He serves on the Policy Division Board of Directors for the National Cattlemen’s Beef Association. Holliman has received numerous awards for his service to the beef cattle industry.

He and wife Kathleen live on their Marion Junction farm where they raised a son Brett, who is now married to Mary Ellen and live in Austin, Texas. They are active members of the Marion Junction Baptist Church where he serves as deacon.

The Alabama Cattlemen’s Association is a service based non-profit organization founded in 1944 and headquartered on Capitol Hill in Montgomery. Producer and member driven, the ACA’s mission is to enhance the business climate of the state’s beef cattle industry, promoting a positive image while educating consumers that beef is a safe, wholesome, nutritious and convenient food product.

The Association has county chapters in all 67 counties and represents 11,500 members statewide.