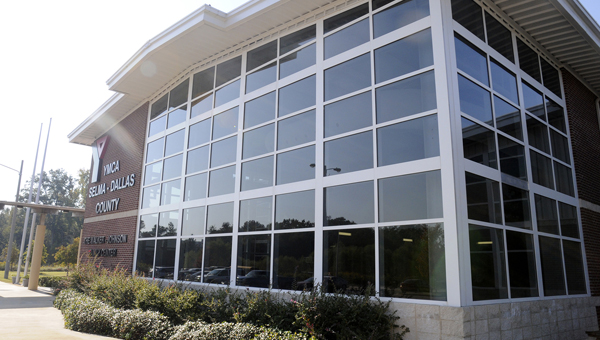 The Selma City Council is likely to vote on a proposed lodging fee increase in Selma that would go to financially stabilize and support the YMCA of Selma. Hotel operators and owners met with city officials Friday to discuss the proposed plan. --file photo

The meeting, chaired by council president Corey Bowie, was held to give hotel owners a podium for their input on the proposed fee and to allow board members of the YMCA, Selma Mayor George Evans and council members a chance to offer their thoughts as well.

The proposed lodging fee — or occupancy fee — increase would go to help financially stabilize and support the YMCA of Selma.

“We have already drafted the ordinance to vote on so we can vote it up or down,” Bowie said of the additional lodging fee. “If we do implement the occupancy fee there are still some logistics we need to look at and work out, like we need to look at what the time period would be on this (one year, two years, three years,) and another dynamic we need to look at is the status of the YMCA.”

Bowie said he would ask to see a list of the programming the YMCA would be able to create and also look at re-engineering strategies the YMCA could use so that they would not end up in the same financial situation they are currently in.

YMCA volunteer board member, Ronnie Leet, put together a list of those programs that would come about, or strengthen, with the help of the occupancy fee increase.

On the list was childcare for children in a safe and stimulating environment; after school programs that focus on safety, health and academic enhancement; youth and government programs to teach children about civic duties and leadership training courses would all be offered. Leet also listed swimming lessons, community initiatives for health, social programs, youth sports like volleyball and basketball, recreation and adult sports.

In a previous work session Evans announced to the council he believed it would take about $300,000 to bring the Brown YMCA up to shape and open it up again. However the concerns from the hotel owners and managers did not seem to stem from concern about helping the Brown YMCA in the committee meeting. Hotel workers expressed they felt the fee was simply unfair.

“I am a member of the YMCA, and my family has been members since it opened, so we want to support the YMCA,” said Dr. Freij Walid, owner of the Hampton Inn. “If you want to impose something in the community for the YMCA, we need to ask the whole community to contribute to that if you are going to ask businesses to support the YMCA ask all businesses to support it like restaurants, plumbers, lawyers, doctors, everyone … I have a problem with selecting a group or a subset of businesses.”

“The YMCA serves my kids, not someone who is visiting from Michigan for three days,” Walid said in regards to making tourists pay the fee.

Others, like Angela Hurst who manages the St. James Hotel, asked what the YMCA and city of Selma would do in turn for the hotels in getting more occupants into the hotels.

Leet said the YMCA is offering all hotel employees and their families free memberships to the YMCA and also giving hotel guests a free pass to the YMCA for each night of their stay.

“Secondly, we thought this was a way to not tax the citizens of Selma,” Leet said, “and give them any more burden of what they are being taxed, we felt that in comparing rates between Selma and five other surrounding cities that this per room, per night fee would not discourage anyone from staying in Selma by going to another city to stay because of this.”

Several hotel owners presented those at the committee meeting with their own numbers on what percentage of the rooms at their businesses stay occupied annually. The proposed fee increase is based on an estimation of generating $188,000 while numbers the hotel owners presented showed that less than $80,000 would be made.

The council will vote on the occupancy fee Tuesday. Following the vote if it were to pass, there would be another document in discussion, a contract for the ordinance between the city and the YMCA, which would need to be voted on at a later date.

Bridge Crossing Jubilee Celebration organizer Sam Walker, below, and the rest of the organizers are putting the finishing touches on... read more