No. 7 Southside holds on to defeat No.2 Keith in Orrville 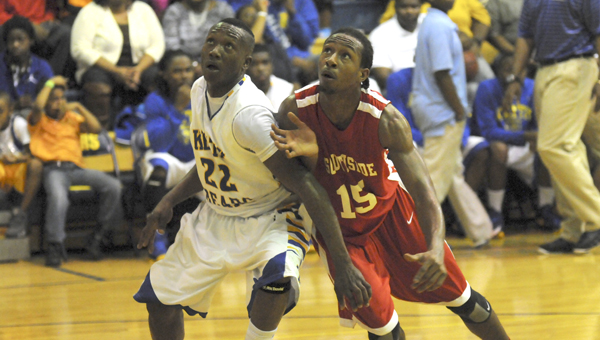 After dropping a couple of games this season where they held the lead only to lose it and the game in the final quarter, Southside head coach Cedric Brown said it’s big to close out a game like this on the road.

“It means a lot, with a quality team like Keith, it means a lot to close a game out like this away from home on their home court. Right before the year ended, we talked about finishing games,” Brown said. “We lost one game to Keith where we didn’t finish, we lost to Wilcox and we didn’t finish, so we kind of went back to the basics, but yet still we’re coming out and fighting hard to the end. It’s all about finishing games in the month of January to carry over to playoff time.”

Keith’s Walton Young went 1 for 2 from the line to open the quarter and cut Southside’s lead to 46-41, but Robert Sullivan and Sammarkus Jones hit back-to-back baskets for the Panthers to extend their lead to 50-41 with 6:27 left to play.

Martavius Harris added another basket for the Bears, but Southside answered back again with a free throw from Jeffery Mack and a 3-pointer by Jones that gave the Panthers a double-digit lead at 56-46.

While Demond Holmes added a basket and a free throw and a shot by Anfernee Simmons helped Keith make it a 56-51 game with 1:12 left, the Bears weren’t able to hit shots in the last minute.

“I take my hat off to Southside. They came in and I thought they had a pretty solid plan. Like I told my guys, their plan was no different than ours and I thought we had a decent one,” Tisdale said. “Down the stretch, some of the easy things, we missed a few free throws, so we’ve got to get back to the line in practice. We had a couple of fast-break chances where we dribbled it out. We did some things uncharacteristic, but a lot of it had to do with Southside’s play. Their guys hustled back and got a lot of the little things.”

Jones led Southside with 17 points, while Hall had 10 points, and Derick Daniels had 9 points off the bench for the Panthers.

Ellis led the Bears with 13 points, while Simmons had 10 points and Holmes had 9 points for Keith.

Keith will take the floor again on Monday at home against Class 4A No. 5 Dallas County starting at 5 p.m., while Southside will travel to Excel High School on Tuesday at 4:30 p.m. for an area game.