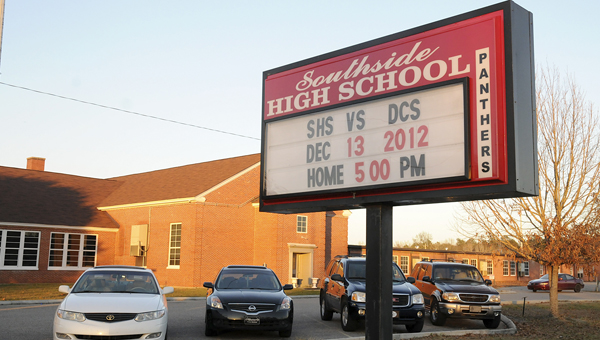 Four Southside High School students reportedly attacked a teacher in the school’s cafeteria Thursday. The four, 15-year-olds were taken into custody, placed in the county’s juvenile detention center and should appear in court Friday. --Sarah Cook

During the first wave of lunch rotation in the Southside High School cafeteria on Thursday, four female students, all 15-years-old, were accused of beating up a female faculty member. The four students are currently being detained in the Dallas County juvenile detention center and are awaiting a hearing in Judge Bob Armstrong’s courtroom Friday at 10 a.m.

“According to the police report, it occurred at 12:25 p.m., lunchtime,” District Attorney Michael Jackson, said. “Four females jumped on a female teacher and — what this was about — I do not know. The sheriff’s department will interview some more people tomorrow and we will have more details as to why.”

Jackson was able to confirm all four female suspects were 15-years-old. He said other teachers pulled the students off of the teacher and the teacher was, “all scratched up on her neck and other parts of her body.”

Jackson explained because all four suspects were juveniles, law mandates they are entitled to a hearing in a specific amount of time so they will go before a judge Friday morning.

Dallas County School System Superintendent, Dr. Fannie Major-McKenzie, was able to confirm the incident at Southside High School occurred in the lunchroom and said it was very early in the lunch period.

“There weren’t very many students in the lunchroom, is my understanding,” McKenzie said. “This was the first part of the lunch wave.”

She was also able to confirm the incident occurred between several students and a teacher.

“At this point we are trying to gather facts to see what will be appropriate action,” she said. “We will take that information to make a recommendation to the board.”

McKenzie said she wants to be fair in punishing the students but behavior such as shown today does not have a place in the school system.

“We will take the appropriate steps to protect our employees and we want to be fair to the students but we are not going to tolerate that kind of behavior as it relates to our employees and our teachers,” McKenzie said.