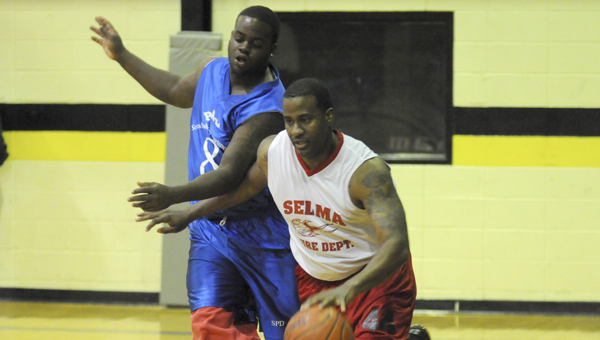 The Selma Police and Fire departments are getting together on Saturday for a cause and to build a closer bond with a nearby city.

Captain James Murphy of the Selma Fire Department said the game will collect toys and donations for the departments’ annual Toys For Tots drive.

Murphy said admission can be either a choice of $3 or a toy.

Murphy added the game, much like the Thanksgiving game between the departments, creates a little friendly competition.

“It’s going to be a rematch for Selma PD from us beating them on Thanksgiving,” Murphy laughed. “We’ve played against Montgomery before. Last time they came to Selma, they actually beat us, but last time we went to Montgomery, we beat them. Montgomery Fire, we’ve played them before and their a little tough. We’re trying once again to bring the cities together.”

Murphy added the game also serves to bring Montgomery and Selma closer together.

“One of the cops from Montgomery is a native of Selma, so he and I talked and we’re trying to get something with the cities building camaraderie, brotherhood between the departments in both cities,” Murphy said. “We’re going to call it the ‘Battle of the Badges’ is what we’re going to do to have a little something for the community to come out. We just want the community to come out and have a good time.”