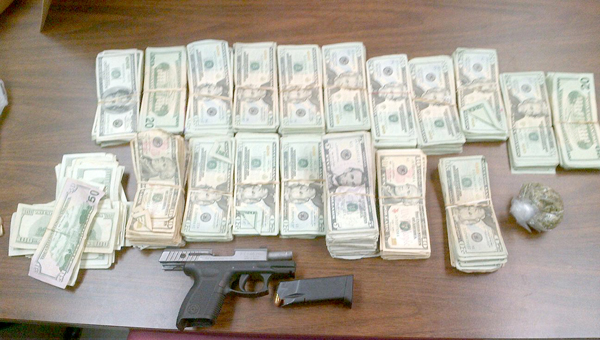 For a Selma mother and daughter, their Thanksgiving preparations were thrown off as they were confronted by the Selma Police Department Wednesday afternoon.

According to Selma Chief of Police William T. Riley, two of the department’s units conducted a search warrant at a home on Royal Street at around 1:30 p.m. During the search, detectives discovered thousands of dollars in cash, a weapon and drugs.

“In the search, detectives recovered $22,150 in cash, 22 grams of marijuana and a .40 caliber handgun,” Riley said. “Two individuals — a mother and her daughter — were taken into custody.”

Kimberly has a criminal record, which includes a previous drug conviction, which led to the most recent charge of person forbidden to possess pistol.

Riley said despite the arrests the department is continuing the investigation.

Red Cross volunteers of the Black Belt chapter gathered for a special meal Tuesday during which they were recognized for... read more