Female Athlete of the Week: Morgan’s Mock-Jordan a force at the net 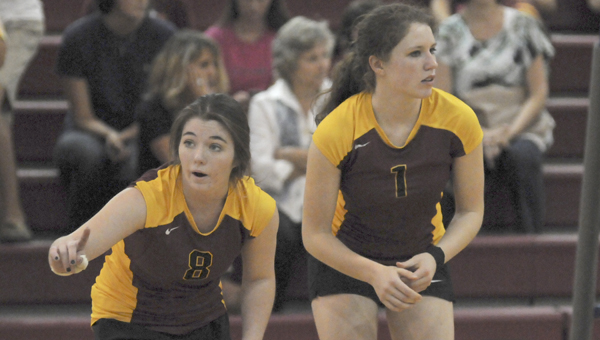 As one of the key players in Morgan Academy volleyball’s trip to the Alabama Independent School Association Final Four, Anna Kate Mock-Jordan is the female athlete of the week.

Mock-Jordan, a junior, was a force for the Lady Senators on the front row during their finish as the AISA Class 2A runner-up last Saturday at Faulkner University, as she was named to the Final Four’s Class 2A All-Tournament Team.

Mock-Jordan said she’s always looking to contribute to her team’s success on the court any way she can.

Mock-Jordan’s impact was felt often this season, delivering key blocks at the net that drew cheers from the crowd. It’s something she enjoys most about the game.

“I like to block. Everybody loves hitting, but I like blocking,” Mock-Jordan said. “I don’t know what it is — I guess it’s because it’s the one thing I’m good at because I’m not that great of a hitter. It’s just the fact that if you get it down, they’re not going to get it back up. It makes me happy.”

And although Morgan fell one game short of the state title, Mock-Jordan said it was an amazing year, and she’s looking to continue having fun when she returns for her senior year.

“We’re losing a lot of our seniors from this year and we’re only going to have two returning starters, so next year I just want to have a winning season,” Mock-Jordan said, “and I want everybody to have fun because a lot of years, whenever we don’t do that well, nobody has fun. I don’t want it to be one of those years.”