State funding for schools determined by attendance after Labor Day 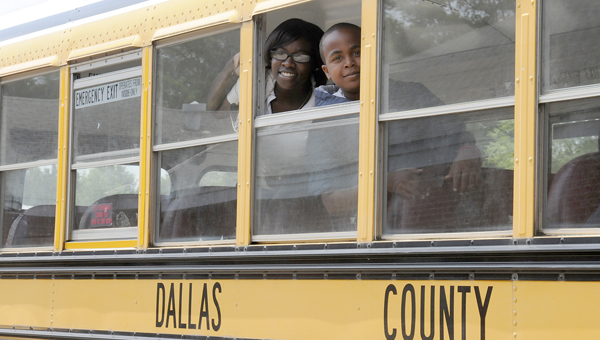 Dallas County School officials have said the first two weeks of classes have gone smooth. They are now focused on the attendance over the next 20 days which is a factor in establishing the level of annual funding from the state.

Some students may have noticed a shift in the air during the past two weeks. The smell of chlorine and sunscreen has been replaced with that of pencil shavings and cafeteria lunches.

The first two weeks of school are officially under students’ belts.

This time last year students would have almost completed their first month of school. However in May, the Alabama Legislature voted on and approved House Bill 360, known as the Flexible School Calendar Act of 2012, which created several changes. Perhaps most importantly the start date for public schools.

The change gave students and families nearly two extra weeks of summer, and according to Don Willingham, Dallas County assistant superintendent, the change had no effect on enrollment.

“So far it’s been a peaceful two weeks,” Willingham said on Friday. “There were no last minute (hires); teachers were already in place. The busses ran smooth.”

“We had empty rooms at both sites,” he said. “It’s not over crowded.”

While the schools are not overcrowded, the enrollment numbers seem to be right on track.

Willingham’s focus on enrollment will become more serious after Labor Day he said. That’s because a portion of funding for Alabama public schools is determined by the “the number of pupils in average daily membership during the first 20 scholastic days after Labor Day of the preceding school year,” according to House Bill 360.

This means that the schools will be looking at where their enrollment was last year was at this time, to see what kind of teacher units they can expect.

“What we had in school today is lower than what we had at this time last year,” Willingham said. “After Labor Day [students] start coming in more frequently.”

If a school’s enrollment has significantly dropped from where the numbers were last year, Willingham said they will look to see where students may have gone.

“We want to know where they’re at,” Willingham said.

He noted they start by looking at the feeder schools and see how many students they should have been sent, and then they look at the county as a whole.

“As a system we’re doing great. Right now we think we’re where we should be,” Willingham said. “We’ll know a little better in the coming weeks.”

Jakaya Mosely proudly displays one of the free backpacks given away during Saturday’s Back to School Bash at Beloit Community... read more