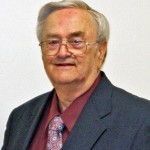 He was a member of Temple Masonic Lodge #444, Past Master Shreveport Lodge #115-1976, El Karubah Shrine/Patrol Unit, and served in the U.S. Air Force. He retired from the City of Bossier City, where he served as Tax Administrator for many years. He was an avid fisherman.

Memorials may be made to Shriner’s Hospital.

You may share your words of comfort with the family by visiting www.hillcrestmemorialfh.com.