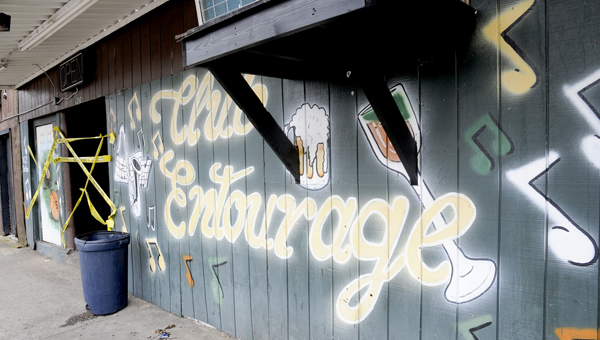 For the patrons of Club Entourage, their lives may have been ultimately saved by the work of one of the club’s security guards early Friday morning.

As two men entered the club and opened fire with handguns, it was reportedly this security guard — whose name police officials won’t release — who pulled his gun and shot both men.

One of the suspects, 22-year-old Corey Booker, was struck in the chest. He fled the club, before collapsing outside on the sidewalk. Booker was transported to Vaughan Regional Medical Center, where he later died.

The other suspect, Rodney Aaron, 21, was shot multiple times by the security guard and fell to the floor. Aaron was still on the floor when officers with the Selma Police Department and emergency officials responded.

Aaron was immediately transported to a Montgomery area hospital, where he remains in critical condition.

According to Selma Chief of Police William T. Riley, Aaron, if and when he is deemed healthy enough, will be charged with felony murder and four counts of attempted murder. And, if jailed, will be held under a $2 million bond.

“The reason for the murder charge is because his felonious acts led to the death of another individual,” Riley said.

Also caught up in the early Friday morning shooting were four club goers, all of whom suffered gunshot wounds to their legs.

The two men and two women, remain hospitalized receiving treatment for their injuries.

Club Entourage is located at 1212 Alabama Ave., less than a block away from the Selma Police Department.

“I have notified the club owner personally and let him know that until further notice, the club will remain closed,” Riley said.

According to Riley, the two suspects were in the club earlier in the evening before being asked to leave by security guards and club ownership “for one reason or another.”

After attempting to come back into the club and being again turned down by security, the two reportedly went to a vehicle and retrieved handguns.

They then came into the front door and into the entry foyer, where they began shooting.

Riley said it was then that one security guard pulled his handgun — one he was permitted to carry — and fired.

“The security guard, as far as we can tell, did what he was supposed to. He responded to the threat,” Riley said.

Baskets of squash, cucumber and red potatoes are just some of the produce available at this year's Selma-Dallas County Farmer's... read more