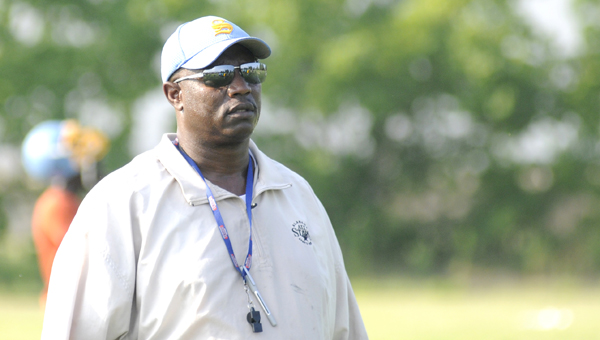 When the 2012 All-Star Sports Week kicks off in Montgomery this July, the city of Selma will be well represented on the gridiron.

Miles will serve as an assistant coach, while Alexander was selected as a wide receiver and Brewer as a defensive back for the senior all-star game that will take place during the 16th annual Alabama All-Star Sports Week competition in Montgomery on July 9-13.

Miles said being selected to coach in the game is one of the highest honors of his career.

“I think it’s an honor and it’s probably one of the highest honors I’ve had as a coach,” Miles said. “It’s a privilege and a great honor. I’m very excited to work with guys and athletes of this caliber.”

The game brings together 74 graduating seniors from Alabama.

Miles said Alexander’s and Brewer’s selections to the team say a lot about their talents.

Miles said each individual’s selection to the team also shows the football program at Selma High School is going in the right direction, but he thinks there’s still much work to be done.

“It just says that the program is coming,” Miles said. “We work hard, we’re trying to do things the right way, trying to coach kids with the proper techniques and to have discipline enough to carry out their assignments to where they can be recognized and other people will think they’re doing things the right way. But we’ve still got a long ways to go in this program and we’re not where we need to be.”