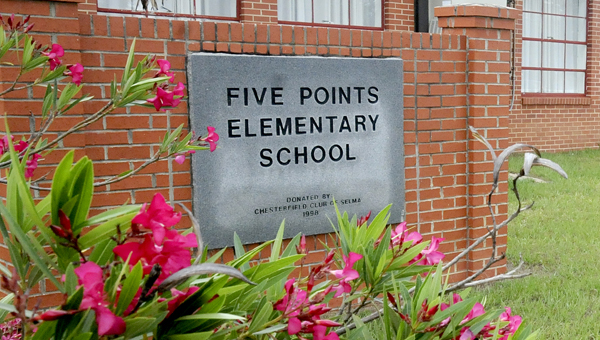 ORRVILLE — Members of the Dallas County School Board have been assessing the advantages and disadvantages of closing one of the county’s schools. After multiple meetings with parents and faculty, the board could be looking to close Five Points Elementary School in Orrville.

“We’ve been in proration for five years, and with the declining enrollment, we’re looking at not only this school but also looking at the entire system to see how we can help save money,” Edwards said. “There’s been declining enrollment [at Five Points]. We have nine vacant classrooms at Salem Elementary and we have an enrollment of 110 students, [from kindergarten through second grade]. At Five Points, we have an enrollment of 174 students and seven vacant classrooms.”

Edwards said at Keith, there are 14 vacant classrooms and 296 currently enrolled seventh through twelfth graders.

“All three schools — Five Points, Salem and Keith — have a combined total of 576 students and will include students from Orrville, Beloit and Safford,” Edwards said.

With the “merging” of the two schools, Edwards said computer and library equipment would be placed at one central location — Salem Elementary. Edwards said it’s a “win-win” for everyone, and that most parents favor the closing.

“We have ample space at Salem (and) most students have been to Salem before, so it won’t be a hard transition,” Edwards said. “In my zone, we have the largest number of empty rooms. We think this would be a good thing because we’re combining teacher units — more adults on campus, there will be a full-time librarian and counselor on site and we’ll increase the number of computers. Maintenance, technology and support personnel will only have to service two schools instead of three if something goes wrong.”

Still, there are some parents who are vehement about the proposed closing.

Superintendent of Education Fannie McKenzie said she hopes the board will make a decision about the school during its May 21 meeting.

McKenzie said there has been concern over the school possibly closing for quite some time now.

“We’ve done everything we could to keep it open,” McKenize said, who at one point worked in the school. “Some people have said they’ve expected it (the close), that it makes sense and some people are sentimental and I understand that, I feel their pain … I think it’s in the best interest of the public to close it.”

From Staff Reports The Selma Times-Journal   A man seen on surveillance video groping a woman outside the Selma Post... read more