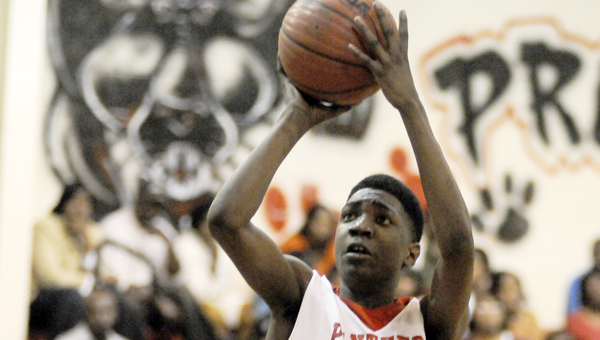 A local high school basketball player will head to Montgomery this summer as an all-star after being chosen as one of the state’s best rising seniors.

Cedric Brown, head boys basketball coach of Southside High School, said Mack is a great player who continues to improve his game on the court.

“Jeffrey, he’s a great player and he’s come a long way from where he started,” Brown said. “He’s really done a 360 and gone in a different direction from the road he was headed when I first got him.”

Mack will play on the South team in the boys’ game.

While Mack was often times a threat from 3-point range this past season, Brown said the 6’4, 155 pound forward’s greatest strength is his ability to use his height and wingspan to stop opposing scorers.

“This past season, his primary role, like each of my guys’ main objective, was to be a great defender,” Brown said. “He was one of those guys for us that played several positions. He played small forward and the power forward. He was kind of interchangeable and he was that guy that when I needed a defensive stop on the best scorer and I wanted to put some length on him, I could put Jeffrey Mack on a smaller guard and he’d be able to guard him as well.”

Mack’s selection to the all-star team also continues a trend for the Panthers, as point guard Mario Oliver played in the game last year, and Brown said it brings recognition to Mack and Southside as a whole.

“It says a lot about him and it puts him out there as a college prospect,” Brown said. “It does a lot for our team as well. It puts our team out there as a contender now, with him being our second player in two years to make that game. We’re kind of under the radar now.”

Another notable selection to the South team was R.C. Hatch guard Brandon Jones.