Morgan leads after day one 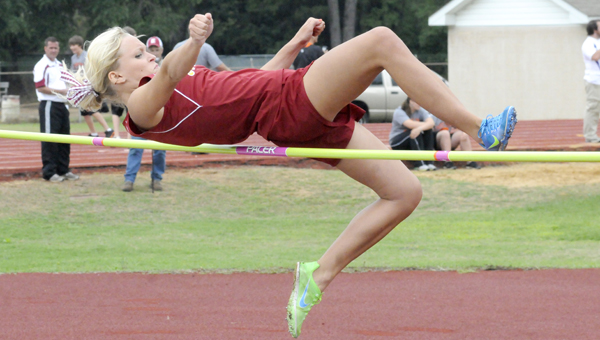 With day one of the Alabama Independent School Association state track championships in the books, a number of local athletes will move on to the finals Thursday at Memorial Stadium.

The Morgan Academy Senators girl’s team ended Wednesday with a pair of titles in hand, and will pursue a few more, as well as the overall title, on Thursday.

“We did very well,” Robinson said. “In the girls, the only two finals that were held today, we won both of them. Megan Leigh Siddens won the high jump and an eight grader for us, Jaycee Sanders, won the 3200-meter run. It was impressive.”

Preliminaries were held for most events on Wednesday, with the top eight finishers in each event advancing to the finals on Thursday, which will start at 11 a.m.

Morgan’s Rachel Gomes will have a chance to defend her titles, as she advanced to the finals in the 100-meter hurdles, finishing first with a time of 17.94.

Gomes also advanced to the finals in the 300-meter hurdles, girl’s long jump, and triple jump.

Anna Kate Mock-Jordan and Mary Peyton Deer will also compete in the finals in hurdles for Morgan.

Morgan’s girls finished the day with 20 points and in first place in the team rankings.

In their first year of track competition, the Ellwood Christian Academy Eagles also had a strong showing, as they advanced to the finals in a number of events.

“The competition was tough — some of those AAA schools were real tough — but I’m proud of our kids,” Glasscock said. “We’ve got ten girls and nine boys that will be running tomorrow (in the finals). First year having a track team, they’ve come a long way. This was an eye-opening experience for them and I think it gives us something to build on.”

Ellwood’s Amari Spencer also qualified for the finals in the boy’s long jump, finishing fourth overall for the day.