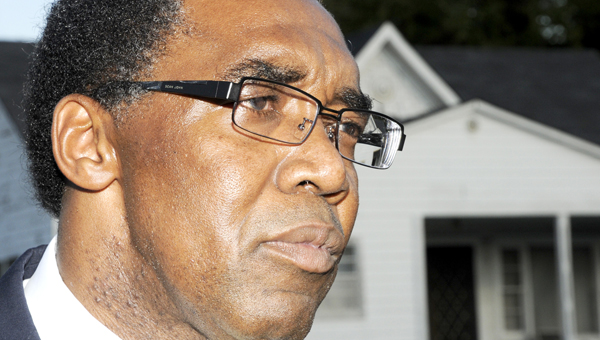 In a short statement late Wednesday afternoon, Circuit Court Judge Jack Meigs put an end to what many consider just round one of the legal battle between former Selma Superintendent of Education Dr. Donald Jefferson and the Selma City School Board.

Wednesday, Meigs issued a ruling dismissing the case against the school board in which Jefferson, and his attorney’s claimed, the board violated Alabama’s Open Meetings Act when it amended agendas, called special meetings and ultimately terminated Jefferson’s contract on Oct. 26.

“Based on the evidence submitted and the arguments the Court finds that the Plaintiff [Jefferson] has wholly failed to prove any violation of the Open Meetings Act,” Meigs wrote in his ruling. “The Court hereby enters judgment in favor of the Defendants [school board] and against the Plaintiff.”

The termination stemmed from a report read in an Oct. 13 meeting, where school board attorney Katy Campbell detailed how Jefferson reportedly entered into a contract — and continued a contract — with student and faculty evaluation company named STI against the wishes of the school board.

During the Oct. 13 meeting, board member Frank Chestnut asked the board to amend the agenda for what he called “research,” which later proved to be Campbell’s report.

Once that report was read, Chestnut made a motion the board place Jefferson on paid leave, pending the outcome of a termination hearing that was later scheduled for Oct. 25.

On Oct. 25, three members of the school board — a majority — convened a termination hearing that consisted hours of statements and testimony. In the early hours of Oct. 26, the three board members — Chestnut, Holland Powell and Brenda Randolph Obomanu — voted to terminate Jefferson’s contract.

This all led to Jefferson filing suit in circuit court, with the case going before Meigs on Feb. 14.

Even in apparent defeat, Jefferson attorney Terry Davis said this does not slow any future legal action and may have actually strengthened their case.

Davis said the hearing required board members to “actually take the stand and answer questions under oath.”

Davis, late Wednesday night, said they plan to amend their case with Meigs as soon as tomorrow, adding additional claims and suits against the school board and the three individual members who voted to terminate Jefferson.

Phone calls left with board attorney Campbell were not returned.

By Fred Guarino The Selma Times-Journal   HAYNEVILLE — A murder investigation that had been widely reported earlier in the... read more