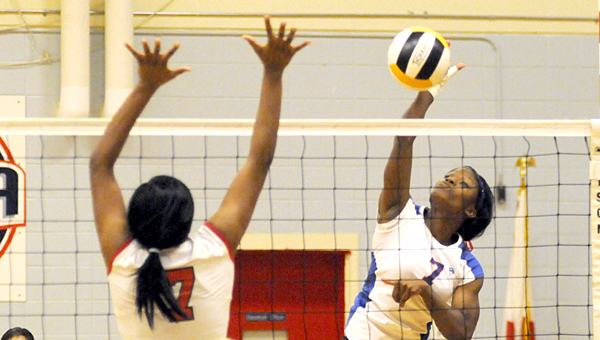 Wallace Community College-Selma will hold tryouts for women’s basketball and volleyball to bring in more talent after seasons that saw both teams advance deep into postseason play.

After a milestone season for its volleyball program and a championship year in women’s basketball, Wallace Community College-Selma is hoping to bring in more talent in order to continue the successful run.

Wallace will hold tryouts for women’s basketball and volleyball on Saturday, March 24.

April Harper, head coach of Wallace women’s basketball and volleyball, said both programs are just trying to add to their run of success.

“We’re trying to build on what we already have at Wallace,” Harper said. “We’re trying to continue to build on a volleyball program which made its first trip to the Alabama Community College Conference tournament in the school’s history, and we’re just trying to recruit from the surrounding area because there’s some great talent out there. I just hope they will come to the school and participate in this great program. We’re just trying to make sure we don’t miss anyone who would like to participate in our program.”

The women’s basketball team is coming off a season that saw it finish as the Alabama Community College Conference Southern Division Champions and advance to the final four in the state tournament.

Harper said anyone looking to tryout should come prepared with appropriate gym shoes, comfortable clothing for tryouts and current insurance.

The Selma Saints couldn’t overcome a hot start early by the Demopolis Tigers, as they fell 12-0 in five innings... read more