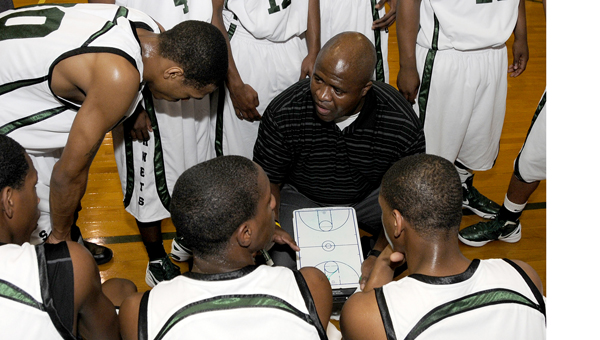 PLANTERSVILLE — When you get into an area tournament, there’s no secrets between opponents. You’ve played each other at least two times; once in your gym, once in theirs.

But Monday, the two teams vying for the Class 4A Area 6 championship will be more than just opponents; they are the very definition of rivals.

“This is a rival game and you know how rival games are,” Dallas County head coach Willie Moore said following his team’s relatively comfortable 28-point 78-46 win over Jemison Friday in the tournament’s opening game.  “You are going to see both teams come out and do their best, play their best.

“Southside has a little bit of everything,” Moore said of Southside. “They have a big team, a good team.”

The two teams split the season series and not only will the third meeting have an area championship on the line, it will also have the right to host the sub-region game.

As for Friday’s game against Jemison, the Hornets looked anything but the regular season area champion — the team that earned the right to host the area tournament.

The basket gave Dallas County a 30-29 lead heading into the second half.

That’s when Moore made defensive changes, he said were key to the Hornets pulling away for a comfortable victory.

Selma men win on the road